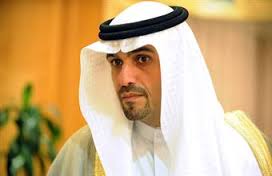 With almost two months before Kuwait’s fiscal year ends, Finance Minister Anas Al Saleh told reporters on the sidelines of an oil conference that the estimation of oil prices will be reduced by almost 50% in the 2016-2017 national budget.

The country’s economy is heavily dependent on oil and prices have drastically dived within the last eighteen months from more than $100 a barrel to below $30.

Kuwaiti oil prices dropped to around $19.50 a barrel on Thursday before climbing to around $22.60 on Monday. Last year, the budget estimated oil prices at $45 but when Minister Saleh was asked if a $25 barrel would be the price for oil in the upcoming budget that will begin on April 1, he answered it would be “around this (figure).” The country’s current budget deficit could be more than $27billion. The government is expected to meet early next month to discuss “ration spending” as oil dependent countries continue to cut expenses.

Oil producing countries are divided over means to increase prices but Saleh believes that “OPEC’s strategy is going as planned and we believe that it is so far working well.” The world’s leading oil producing country, Saudi Arabia, said the market will stabilize itself while others argue that countries must agree on generally cutting output in order to increase demand and preserve market shares.

Iran and Iraq have stressed that they will increase their output and Baghdad’s oil minister Adel Abdel Mahdi said “some solid suggestions” must come from both OPEC and non-OPEC members on the matter.