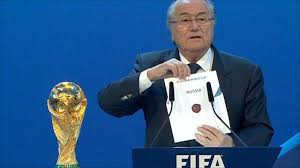 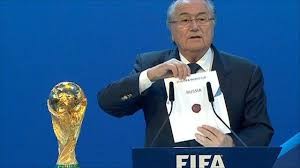 As the elections for the FIFA presidency draw closer, candidate Jerome Champagne stated that Qatar would be stripped off the rights to host the 2022 FIFA World Cup and it would be passed to the US without any new voting.

The bidding contests of the 2018 and 2022 World Cups that were won by Russia and Qatar respectively are being scrutinized by Switzerland’s attorney general due to suspicions of money laundering while American federal prosecutors’ investigate corruption acts in the bidding process.

Qatar won the 2022 rights by outdoing the US 14-8 in the second round of voting but allegations emerged later on that the Gulf State used means uncalled for to get its victory. If Champagne, the former FIFA international relations director at that time, wins the February 26 elections and Qatar’s bidding is found to be marred with corruption, the Middle East could wait for decades to host its first World Cup. The FIFA presidential hopeful told French radio station RTL on Tuesday that “it should not be a revote but apply the IOC’s legal precedent, giving the gold medal to the silver medalist.”

His comments could spark a much more political FIFA presidential election with Prince Ali of Jordan, Sheikh Salman of Bahrain, Gianni Infantino of Switzerland and Tokyo Sexwale of South Africa are all trying to replace Sepp Blatter at the helm of the world’s football governing body.

Qatar has already spent millions of its $200billion world cup budget with critics and human right activists alleging that it is using slave labor at construction sites. Doha promised to improve the conditions of the laborers and find solutions to other concerns that were raised with regards to hosting the event in the next years.