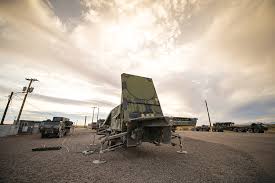 Talks between the members of the Gulf Cooperation Council (GCC) on the possibility to build a regional missile defense system are progressing.

The announcement was made by Commander Hamad Al Khalifah of the Royal Bahraini Air Force on the sidelines of an air force conference.

The GCC has been discussing the building of the system since May last year with observers saying that it was a move to counter Iran’s increasing military power especially when negotiations with the so-called P5+1 started progressing significantly.

Efforts to cooperate on building the cross-border ballistic missile defense system and an early warning system has been delayed by the strained ties between some member states of the GCC, made up by Saudi Arabia, Kuwait, Qatar, the United Arab Emirates, Bahrain and Oman.

The U.S promised to support the program by providing technical support and speeding up the transfer of arms.

Commander Al Khalifah said “we have started (talks) and hopefully it will be announced soon” leaving analysts to believe that the secret talks by the GCC committee have reached an advanced stage and a final agreement would soon be reached.

Gulf Arab States are wary of Iran’s regional policies and have accused it on several occasions of trying to destabilize the region and also interfering in their domestic affairs.

The lifting of sanctions on Iran increased the concerns of the GCC members because it is expected to strengthen its economy and ease its access to more accurate and reliable arms.

Tehran conducted a precision-guided ballistic missile test capable of delivering a nuclear warhead violating a United Nations ban last October and it was followed by U.S. sanctions in January 2016 targeting 11 entities for their contribution to the country’s ballistic missile program.