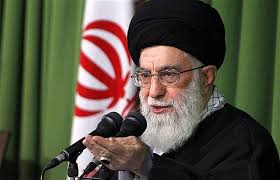 “Attacking the Saudi Embassy (in Tehran) was really bad and harmed Iran and Islam, but this should not be an excuse to criticize our devout young people,” Iran’s supreme leader Ayatollah Khamenei said during his address to electoral officials ahead of February 26 parliamentary elections.

It was the first time that Khamenei publicly criticized the January 2 storming of the Saudi embassy stating that “like the British embassy attack before it, this was against the country and Islam, and I didn’t like it.” His comments came a day after Pakistani Prime Minister Nawaz Sharif left the country making many to believe that his peace mission efforts between Riyadh and Tehran are yielding fruits.

The supreme leader who described the embassy ransacking as “a very bad and wrong incident,” thanked Iran’s Islamic Revolutionary Guard Corps (IRGC) “for what they did in the Persian Gulf” last week by detaining 10 U.S. sailors and their patrol boats for 15hours after they entered Iranian waters saying it “was right.”

He urged the country’s politicians to do the same and “stop enemies with full power if they cross the line anywhere” as he called on officials to be cautious of U.S. “deceit and treachery.” Khamenei welcomed the implementation of the agreement.

On Tuesday, Saudi Foreign Minister Adel Al Jubeir acknowledged that the lifting of sanctions on Iran will lead to an influx of funds in the country but warned against its use in the regime’s “nefarious activities” because “it will generate a pushback.”

In another development, Iranian foreign minister Mohammad Javad Zarif said at the World Economic Forum in Davos that the country’s missile program “does not breach any international agreements” because it is not covered by the nuclear agreement reached in July.