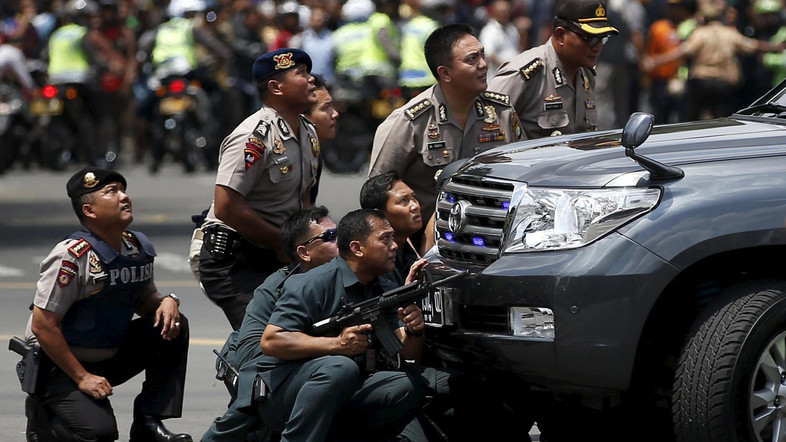 One of the four attackers has been identified as Afif Sunakim by police chief Gen Badrodin Haiti who also added that he was arrested and detained for seven years on attending militant camp charges.

The gunmen, wearing suicide belts killed two people including an Indonesian and another civilian with dual Canadian and Algerian nationalities. 20 people have also been reported injured in the attack which took place at Starbucks in an embassy district housing the UN offices.

Police authorities also told reporters that all the five attackers including another Algerian have been killed adding that investigations are underway to arrest suspects linked to the attack.

The Algerian Ministry of Foreign Affairs has, in collaboration with Indonesian authorities, identified two Algerians among the victims.

“Information collected so far indicate that one of the victims was dead and the second wounded,” the Algerian Foreign Ministry said in a statement.

The attack has been claimed by IS which released a statement saying that it had targeted citizens of countries which are part of the international coalition fighting the group.

Furthermore, security authorities have named an Indonesian IS fighter Bahrum Naim, believed to be in Syrian as the ringleader behind the attack.

In addition, three suspects have been arrested early on Friday, on suspicion of links to the attacks.

Indonesian security authorities have also called for cooperation with other countries in order to dismantle groups and thwart further attacks.