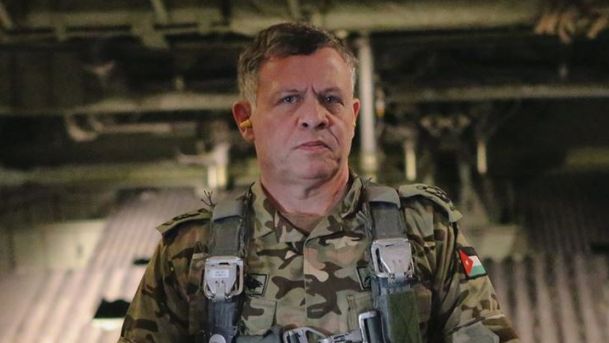 King Abdullah’s visit to the U.S., during which he held talks with Vice-President Joe Biden, Secretary of State John Kerry and Pentagon officials, ended with a brief meeting with Barack Obama at the Joint Base Andrews airport while he was waiting for his flight amid claims that he was snubbed by the U.S president. The king’s visit was to discuss Jordan’s military strategy with the Pentagon and he told CNN that the fight against the Islamic State could end “fairly quickly.”

Jordan intensified military operations against the extremist group after it burnt one of its captured pilots. King Abdullah said there will be an “increased tempo” of airstrikes soon. According to him, the war against the Islamic State is a global generational war which cannot only be fought inside Islam but by also reaching out to other religions.

The Jordanian leader said victory over the group is not far-fetched. “Hopefully … the military part is short-term,” he said. “The mid-term is going to be the intelligence and security aspect. The long-term is the ideological one and the educational one” and has to be done in the largest scale.

Jordanian media reported that the King stressed the need to intensify international efforts to bring peace and stability in the Middle East when he met with members of the U.S. Senate Foreign Relations Committee and also called for a “holistic strategic approach to defeat terrorism and uproot criminal gangs.”

A senior Jordanian official said Obama will visit Jordan within the next two months.