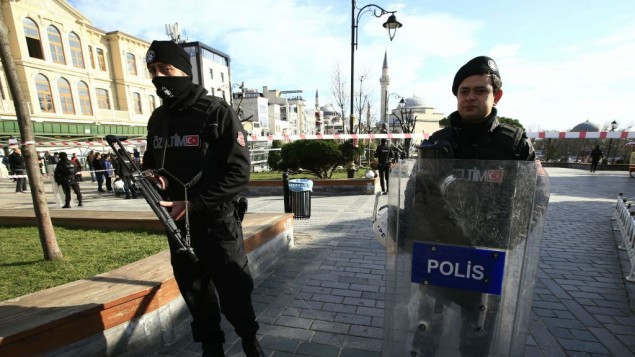 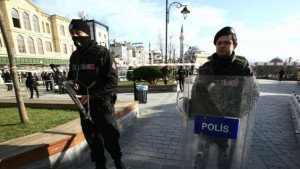 Following the suicide bomb attack in Istanbul Tuesday that killed 10 tourists, including eight Germans, Turkish authorities have detained around 68 alleged members of the Islamic State group nationwide as they believe that the group was behind the attack although the group has not claimed responsibility yet. Three of those arrested are Russian citizens.

In a phone call with President Erdogan, Chancellor Angela Merkel described the attack as a “murderous act.”

The suicide attack which took place in Sultan Ahmet Square in central Istanbul is said to have been carried out by a man who entered the country from Syria. Saudi-owned al-Hayat newspaper identified the bomber as 27 year old Saudi Arabian born Nabil Fadli who left Saudi Arabia together with his family at the age of eight. The newspaper added that he held a Syrian citizenship.

According to Turkish based Hurriyet newspaper, security forces had been warned by the intelligence services weeks earlier of a possible suicide attack with foreigners as targets.

The effects of the attack was easily felt as the Turkish Lira stayed under pressure but avoided sharp losses as it reached 3.0488 to a dollar; it’s lowest since the bomb attack in September. Tourism is one of the sectors expected to suffer most from the increasing bomb attacks and analysts think that a depreciation of the currency is possible because of unfavorable broad economic backdrop.

“The negative effect of the terrorist attack …has been short-lived but the general mood in the market is lira-negative,” said XTB Securities in a note and a trader added that the lira traded in accordance with emerging markets after the initial reaction to the news.