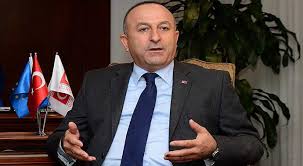 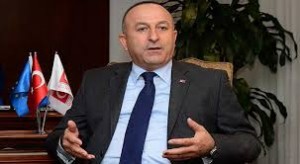 Turkish Foreign Minister Mevlut Cavusoglu accused the Syrian regime together with its allies of committing a “war crime” in the war torn country as he condemns Moscow’s military actions. His allegations are expected to further fuel the tension between Turkey and Russia that began after Ankara shot down a Russian war plane last year claiming that it violated its airspace.

Cavusoglu said Russia is “killing civilians almost every day including women, children and elderly in attacks on residential areas in Syria.” The statement came after latest reports said that around 30 people died in airstrikes in Western Aleppo. Moscow accuses Ankara of collaborating with the rebels and buying oil from the Islamic State on the black market but the accusations were refuted. In May 2015, Cumhuriyet news agency published photos and video footages claiming to feature Turkish authorities shipping weapons to Syrian rebel groups. Ankara reacted by arresting the agency’s top editors in November charging them of espionage, aiding and abetting terror.

“Syria is in destruction” and efforts are focused on intensifying it instead of ending it, Cavusoglu said. Alluding to the besieged town of Madaya, he said targeting civilians in this way and leaving them to starve to death is a clear “war crime.” He warned that Russia’s actions could derail the peace process.

On Monday, Sergei Rudskoy, a Russian defense ministry official, accused Turkey of laxity and connivance as he claimed that “despite all the efforts of the international community to prevent help reaching the ‘terrorists,’ reinforcements for the militants are regularly sent into the north-eastern part of (Syria’s) Latakia province from Turkish territory.”