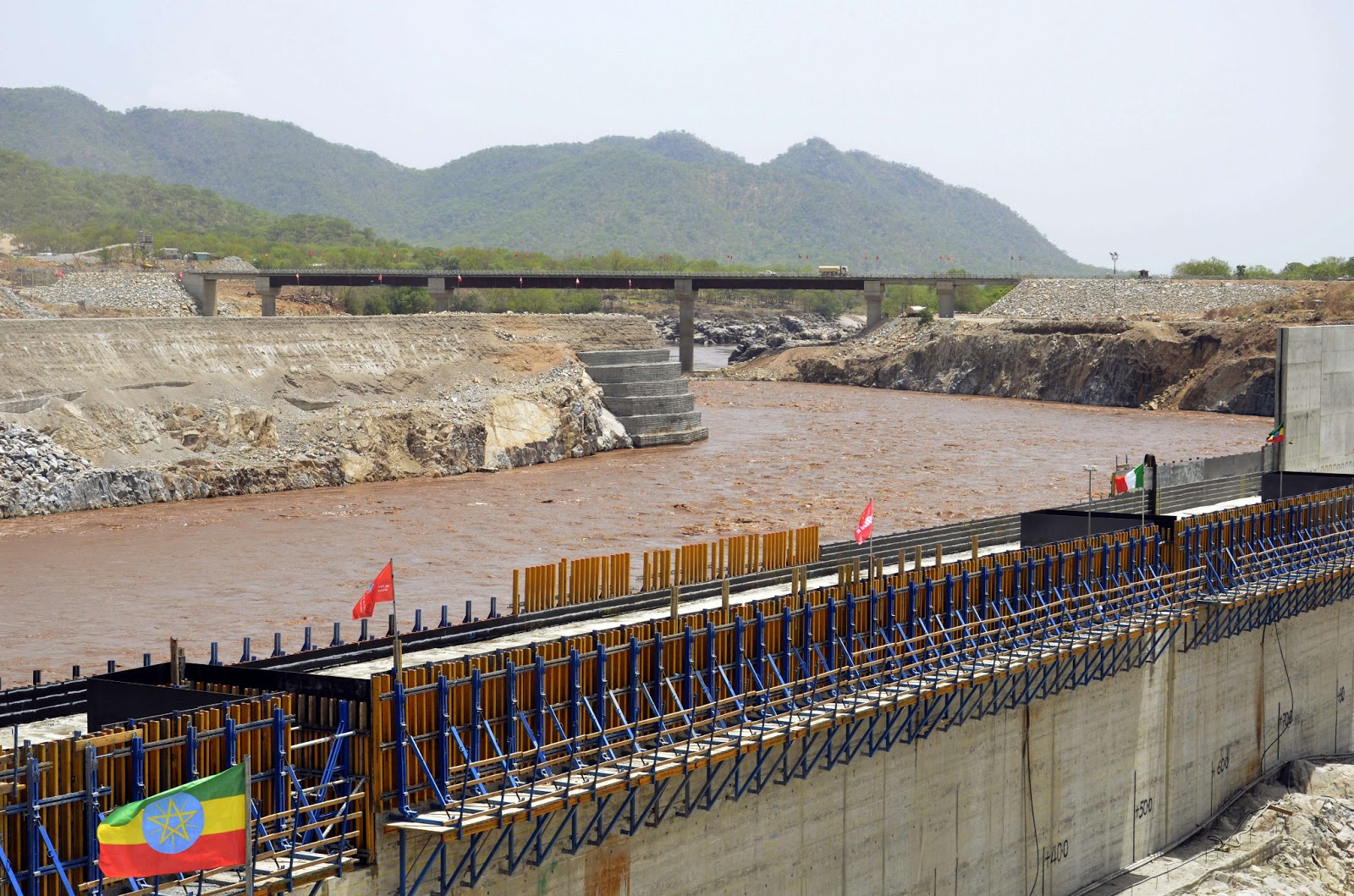 The foreign and irrigation ministers of Egypt, Ethiopia and Sudan who are meeting in Khartoum reached an agreement on several aspects of the Grand Ethiopian Renaissance Dam (GERD) which will help to appease Cairo’s concerns over its effects. Sudan’s foreign minister Ibrahim Ghandour told a press conference that the signing of the document is a “historic” move towards reaching a final agreement as all three parties have agreed to “commit to the declaration of principles” signed in March.
Egypt’s foreign minister Samih Shoukri said the document responded to their water and security concerns while his Ethiopian counterpart Tedros Adhanom Ghebreyesus claimed “we have nothing to hide” as he invited Egypt and Sudan to “inspect the dam site” in the interest of strengthening partnership and building trust. Shoukri said discussions were held in “full faith with a view to reaching understandings that lead to achieving the common good and meeting the needs of all parties.”
One of the major points agreed upon is the replacement of the Dutch company Delatres by French firm Artelia after it ceased its consultancy role in the project in September. Delatres reportedly opted to forgo the GERD technical studies because there were no guarantees that an independent and high quality study could be made.
MENA quoted Ghandour stating that Artelia will work together with BRL to finish the technical studies “quickly because they are related to the overall work on the dam.” Cairo has repeatedly expressed concerns that filling and operating the dam, which is being built on the Blue Nile, will reduce the supply of Nile water that reaches downstream Egypt; currently at 55 billion cubic meters.
When completed the GERD hydroelectric dam will be the continent’s biggest dam.