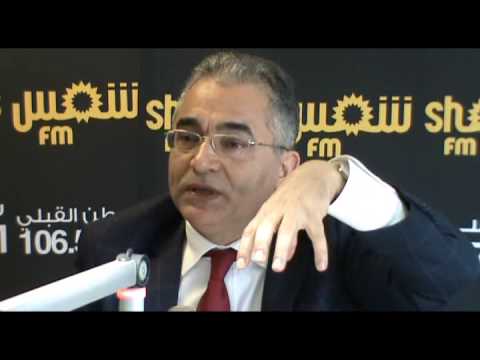 Barely a year after winning the parliamentary elections, Nidae Tounes’s political power has been shaken with the departure of one of its founding members Mohsen Marzouk together with 31 members of parliament. Efforts to end the internal political dispute proved futile and Marzouk who was serving as the secretary general of the party said it was time for a “total separation” from the party. There are expectations that he will create a new party early next year.
Nidae Tounes enjoys a majority in the parliament but the resignation of all 31deputies will shift the advantage to Ennahda. Marzouk hinted that it is a possibility because the proposals being reviewed by the thirteen-member commission established by President Beji Caid Essebsi “in the hands of the Ennahda movement.” He said one of the solutions considered by the commission “freezes the status quo of Nidae Tounes for 7-8 months, obliterating its competitive edge.”
In his first criticism of the Nidae Tounes, the former secretary general said “women, youth and regions” are spearheading the modernization process and the main reforms which should be adopted as he tries to downplay the government’s five year development and modernization plan. Marzouk bashed his former party of having “structures superimposed” from above while claiming that the party’s “clinical death” is near.
A national committee composed of “the youth, women and regional representatives” would soon be created ahead of a congress scheduled for January 2016, Mazouk announced. One of the highlights of the congress is expected to be the announcement of a new political party headed by him.
The fate of the 31 deputies is unknown even though they resigned from the parliamentary group of Nidae Touness.