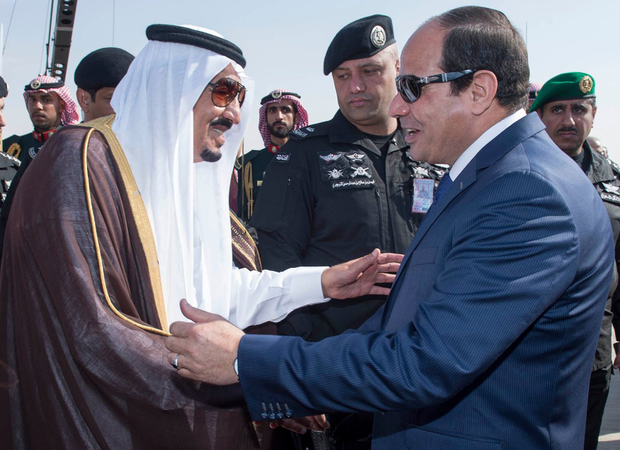 A day after King Salman of Saudi Arabia pledged that investments of the oil rich Kingdom in Egypt including aid to reach at least $8 billion within the next five years, the deputy crown prince Muhammad Bin Salman met with several Egyptian authorities in Cairo as part of a working visit to strengthen ties between the two countries. The King also pledged to meet Egypt’s petroleum needs during the same period and in addition, Saudi ships will support traffic in the Suez Canal.
The goodwill gesture was applauded by President al-Sisi and a released statement after his meeting with deputy crown prince Salman hailed and yearned for the longevity and durability of their strategic relations. Prince Salman also expressed similar sentiments as he hoped that their partnership, cooperation and coordination of their activities will be further boosted by the upcoming second meeting of the joint Saudi-Egyptian Cooperation Council expected to be held early next month.
Prince Salman also met with prime minister Sherif Ismail who hailed the projects that have emerged from the joint council while Minister Dr. Sahr Nasr of International Cooperation said several other new projects are being discussed.
Saudi Arabia has been supportive of Egypt since the fall of Mohammed Morsi’s regime by providing billions of dollars in aid, grants and financial assistance. The country is trying to recover from the effects of the mass demonstrations that led to the fall of the Mubarak regime and the public outcry against Morsi’s government which led to his ousting by a military-backed coup d’état led by al-Sisi.