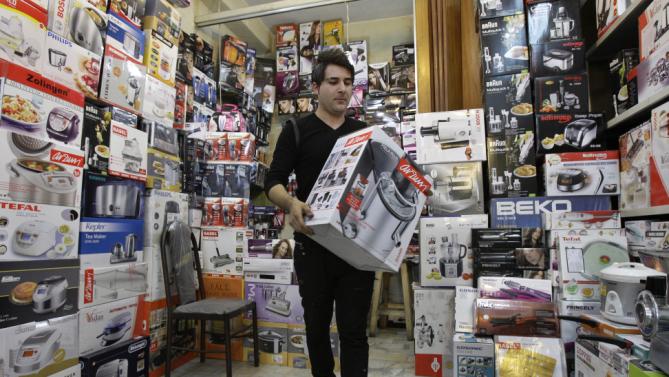 Iran is developing what many believe is part of the policies to have an “economy of resistance” called for by the Supreme leader Ayatollah Ali Khamenei in his letter to President Rouhani in October approving the Joint Comprehensive Plan of Action commonly known as the nuclear agreement between Iran and the so-called P5+1. A boycott and a ban of hundreds of U.S made goods are expected to be implemented by Tehran when sanctions are lifted in a bid to control their influx into the Iranian market.
Last month, Minister Mohammed Reza Nematzadeh of mine, industry and trade ordered the blockade of U.S consumer goods and the Trade Promotion Organization of Iran in line with the decision dispatched a list of 227 goods to the authorities of the country’s 31 provinces directing them to implement the ban.
A date for the implementation is not yet known and it is unclear if it will be extended to target other countries. Many companies are eager to venture in the Iranian market as soon as the U.N, U.S and E.U sanctions are lifted but it seems as it Tehran wants to strictly control the access.
Ayatollah Khamenei had urged the government to stop “unbridled imports” and a senior official stated that serious campaign against bootlegged products have been launched. Cigarettes are one of the main bootlegs as contraband products continue to surface in the market through smugglers although there are other routes such as licensing workarounds and direct trade for goods not covered by US sanctions which result in American products ending up in the Iranian market.
Some of the products listed for banning are chewing gums, cigarettes and appliances in addition to defense equipment such as tanks and armored vehicles.