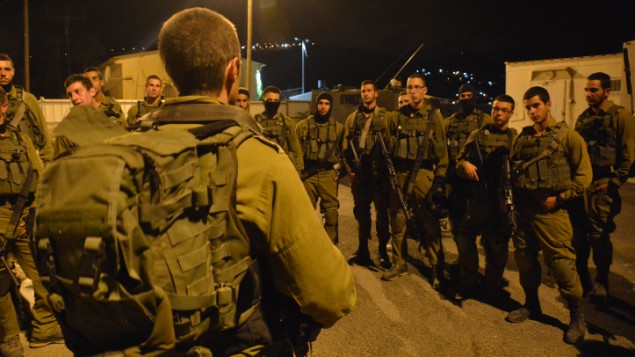 Israeli Arab intelligence agency, Shin Bet indicated Sunday that one Israeli soldier from Arab origin has joined the Islamic State (IS) in Syria.
“It is the first time that a soldier in the Israeli army has joined the Islamic State,” the agency said in a statement.
The soldier in question only identified by his initials H.B is 25 years old Arab Israeli citizen and was trained in the Israeli Army. Israeli reports say he was part of Israeli Defense Forces combat unit.
It is unclear why he joined IS but reports also say the man had cut contact with his family for many year after a feud with father who did not approve of his enlistment in IDF.
The 25 year old man resident of a village in northern Israel travelled to Turkey and crossed the border into Syria where he joined IS ranks last year according to the intelligence service.
This is the first time an Israeli soldier is reported to have joined terrorist group fighting Assad regime over five year-war.
Five men from the northern city of Jaljuliya had been reported arrested by Israeli security forces last month on the attempt to join IS in Syria. Reports also say a relative of one of the men also flew a paraglider to join IS in Syria.
According to Israeli, Times of Israel quoting Arab intelligence sources, between 100 and 150 Israeli Arabs are either fighting for or have been detained by the Islamic State.
IS executed in March, a Jerusalem Arab Muhammad Said Ismail Musallam who joined the group. IS said the man was a spy of Israeli intelligence service Mossad.
In the video clip showing the execution, the terror group also cited names of several other people they believed were working for Israel.
The group also vowed to “liberate Jerusalem from you filth, by Allah’s permission.”