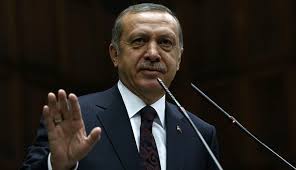 President Erdogan hinted that his government is willing to mend ties with Tel Aviv because it will be in the interest of the region but he outlined that it will be based on the Jewish State fulfilling certain conditions. Turkey and Israel used to be close allies until the attack on the Gaza-bound flotilla in 2010 which led to the death of nine Turkish citizens.
The Turkish president was speaking to reporters on his flight back from Turkmenistan on Sundaywhen he stated that his government can forgo the requested official apology from Tel Aviv for the actions of its navy which led to the death of the Turkish activists but stressed that the compensation of the victims’ families and the lifting of an embargo on Gaza must be upheld, according to reports on Yeni Safak newspaper.
While acknowledging that Israel has not honored any of Ankara’s demand, President Erdogan admitted that “normalization” with the Jewish State “has a lot to offer” to both states including Palestine and the region at large. He reiterated that the region needs a normalization process because “there is so much the region could gain.”
Israel has not reacted to the comments yet. They do not have ambassadors in each other’s countries but are strong trading partners as Turkey is among Israel’s first ten. Israel exports chemicals like potash to Turkey and imports manufactured goods and food.
After the 2010 incident, Erdogan then a prime minister became a very strong critic of Israel and last year, he stated that Prime Minister Netanyahu must give an account for the children and women he “massacred” during the summer war. In response Israel’s Foreign Minister Avigdor Lieberman called Erdogan an “anti-Semitic, neighborhood bully.”