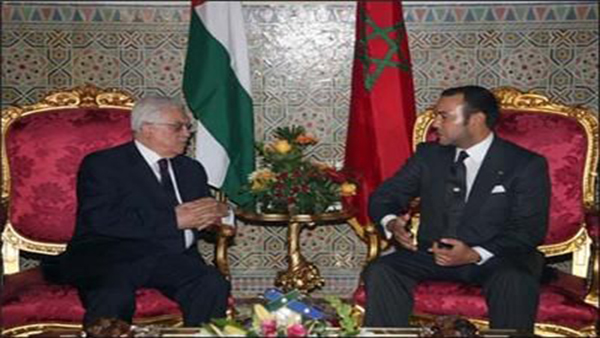 King Mohammed VI has renewed Morocco’s unconditional support to Palestinian Statehood pointing out that it is one of the Palestinian people’s historical and legitimate rights to establish their independent State and denounced the Israeli settlement and Judaization policy in the city of Jerusalem, which must remain a symbol of inter-faith, intercultural tolerance and coexistence.

In a message on the occasion of the International Day of Solidarity with the Palestinian People, the King expressed his country’s backing to “a viable, sustainable Palestinian State living side by side with Israel in peace and security and in accordance with the resolutions upholding international legitimacy.”

In his message addressed Sunday to the Chairman of the UN Committee on the Exercise of the Inalienable Rights of the Palestinian People, King Mohammed VI deplored the absence of any tangible progress in resolving the Palestinian issue, pointing out that the situation on the ground “is getting worse as a result of Israel’s continued, invariable policy of aggression towards the steadfast Palestinian people, in blatant violation of international law and of the provisions of international humanitarian law.”

He also warned against the consequences of the continuing settlement and judaization policy in Jerusalem saying that “the disdain for the symbolism of Jerusalem and for the place it has in Muslims’ hearts, coupled with the continued attempts to Judaize the city or take control of it, will inevitably have serious consequences.”

The king recalled that as Chairman of the Organization of Islamic Cooperation’s Al Quds Committee, he has repeatedly called for “the protection of East Jerusalem against Israeli schemes aimed at changing its legal and demographic character and obliterating its cultural identity as well as its religious and cultural landmarks.”

Renewing Morocco’s “unwavering solidarity” with the Palestinian brothers, he vowed “to spare no effort to ensure that the Beit Mal Al-Quds Al-Sharif Agency continues to carry out concrete action on the ground in support of the steadfast struggle the inhabitants of Al-Quds are engaged in.”

The aim, he said, is to enable the inhabitants of East Jerusalem “to lead a dignified life on their land and to safeguard Islamic sites there as well as the city’s cultural and humanitarian heritage so that Al-Quds may remain a symbol of inter-faith, intercultural tolerance and coexistence.”

In his message, King Mohammed VI also deplored the dire situation in the occupied territories and the pressing needs of the Palestinian people, saying the situation “requires a swift response.”

In this respect, he called for supplying the UNRWA (United Nations Relief and Works Agency for Palestine Refugees in the Near East) with the financial resources it needs to enable it to continue providing basic services to the Palestinians, especially in the areas of schooling, health and housing.

He also called for supporting the Palestinian National Authority’s efforts to tackle the adverse repercussions of the Israeli occupation on social and economic development in the occupied territories and in East Jerusalem.

Underlining that according to World Bank estimates, the occupation costs the National Authority more than $3 billion a year, the Moroccan King stressed the urgent need to provide all forms of assistance to the PNA to help it implement its 2014-2016 development plan, which seeks primarily to promote good governance at the local and national levels.

The King who reiterated his full support for the PNA called on all Palestinians to work hand in hand so as to consolidate national unity and close Palestinian ranks. “This is the key to defending their legitimate rights,” he said.