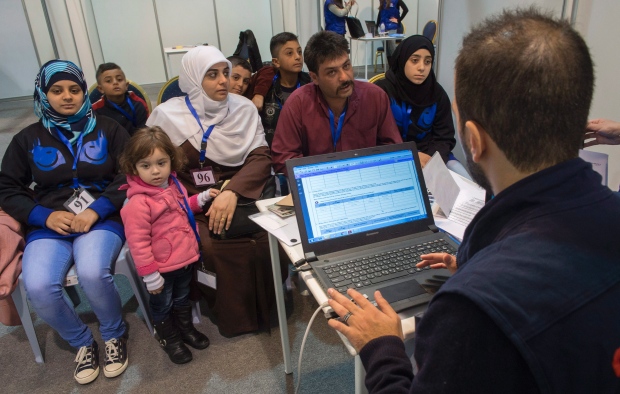 Jordan and Canada are cooperating alongside other agencies to resettle at least 25,000 Syrian refugees to the North American country by February 2016. Canada’s Immigration minister John McCallum and Health minister Jane Philpott are in Jordan and visited the Zaatari refugee camp which houses around 80,000. The refugees to be resettled in Canada will be selected from camps in Jordan, Lebanon and Turkey.

McCallum said Canada is firmly attached to its objective despite the challenges and the first batch of refugees is expected to depart as early as next week. The processing of the refugees for transfer to Canada began in Jordan on Monday and officials hope to clear 500 refugees per day.

The majority of the refugees to be resettled will be women but the Canadian government seems surprised that families being referred by the U.N are often made up of eight or nine members, which is larger than the four or five members expected.

The refugees are not expected to have difficulties leaving Jordan because obtaining an exit visa is not an issue contrary to Turkey and Lebanon. Amman is also willing to lease aircrafts to Canada to transport the selected refugees and the arrangement was dubbed flexible and advantageous by McCallum.

The Syrian war has forced more than a million people to flee their homes and some have been living as refugees for more than four years.