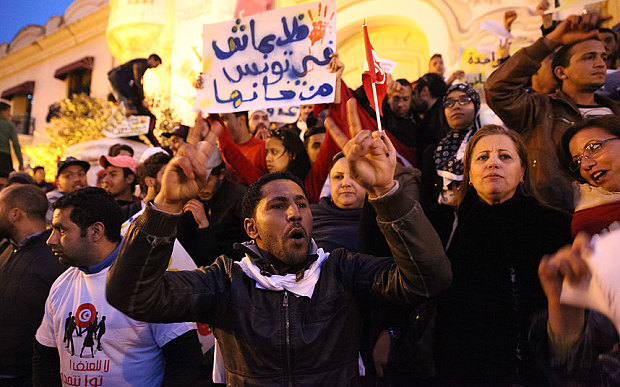 Tunisia’s reaction to the third major ISIS-claimed attack in the country has been criticized by some politicians demanding the government to double efforts in fighting terrorism.

An attack on the bus of the presidential guards by a Tunisian suicide bomber left 12 guards dead.

Speaking to the parliament, Prime Minister Habib Essid said evidence collected at the blast site has shown that “some of the materials used in the bombing are not available in Tunisia, but they can be found in Libya.”

His statement gives an insight why Tunisia decided shortly after the attack to close its border with Libya for 15 days.

The government’s plan has been dubbed ineffective in certain quarters as leftist lawmaker Ahmed Seddik said “our people expect more” while several other politicians including Abdellatif Mekki of the Islamist party Ennahda called for a national congress on the fight against terrorism.

24 hours after the attack, 526 raids were conducted nationwide and 30 people were arrested. Weapons, computers and documents promoting terrorism were also seized.

Tunisia has thousands of its citizens fighting with Islamist extremist groups and some of them have vowed to wage a Jihad on their return.