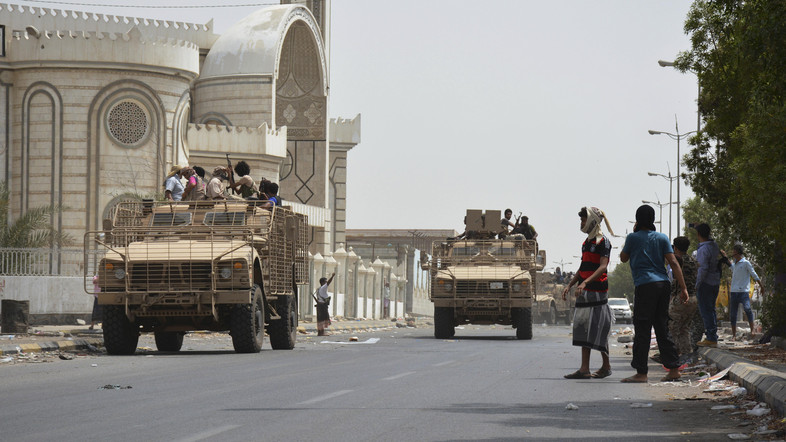 The Vice-president and Prime Minister of the Hadi-led government, Khaled Bahah, said they are ready to engage in “serious talks” with the Houthi Movement to end the war but it seems as if plans to boost the ranks of the government forces will be sped up during the talks as President Hadi called for the acceleration of the official integration of the popular resistance fighters into the national army.

Bahah was meeting with presidential advisors and members of its delegation to the U.N-led talks on Thursday when he stressed that Security Council resolution 2216 must be accepted by the rebels unconditionally.

He had told U.N special envoy to Yemen Ismail Ould Cheikh Ahmed in Saudi Arabia on Wednesday that “all coalition forces are seeking to regain security and stability in Yemen, because we have a good opportunity to establish real and strong peace.”

Coalition forces started their operations in Yemen in March and promised to cease operations when Hadi is reinstated as the Head of State. They have gained grounds but progress has been slow in the past couple of months while the battle for Taiz, a main gateway to Sana’a, continues.

Meanwhile, Yemen News agency has reported that directives from President Hadi ordered the special military commission of Yemen’s national army to announce the conditions and centers of recruitments to quickly enable the popular resistance fighters to join the national army officially. He wants the commission in collaboration with the military and field commanders to identify the fighters fit for recruitment.

Elsewhere, Yemenia Airlines started flying from Aden after 10months of suspending its operations and its first flight left with 156 passengers on board for Amman, Jordan.