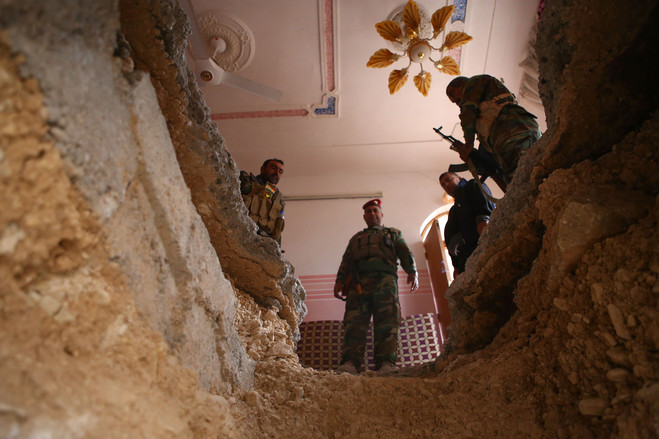 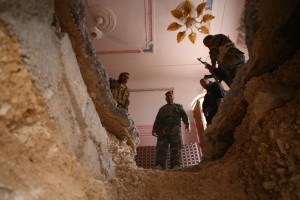 The fall of Sinjar to the Iraqi Kurdish fighters known as Peshmerga after more than a year of battle with the militants of the Islamic State that took control of it since August 2014 has revealed that the extremist group has been able to resist the airstrikes of the U.S. led coalition thanks to a network of underground tunnels in the city.

A video footage obtained by the Associated Press and believed to have been filmed by a freelancer showed tunnels inside Sinjar built underneath streets and houses with the commander of Peshmerga, Shamo Eado, stating that they have found between “30 and 40 tunnels” inside the city as well as mass graves.

Two tunnels featured in the footage were several hundred meters long and are tall enough for a fully grown man to stand up in them. Stocks of ammunition including American-made cartridges and bomb-making tools were found in the tunnels. Eado said the tunnels are “like a network inside the city” used to “hide from airstrikes and have free movement underground as well as to store weapons and explosives.”

Analysts think that similar strategies might have been adopted by the extremist group in other cities under its control. Lina Khatib, a senior research associate at the Arab Reform initiative in Paris, said “ISIS has been well prepared for this kind of intervention” and digging tunnels “has been part of ISIS’ strategy from the very beginning.”

The mass graves discovered are believed to be those of Yazidis killed by the extremist group because it considers them as heretics.

Written by: meconfident on November 26, 2015.
Last revised by: Jaber Ali