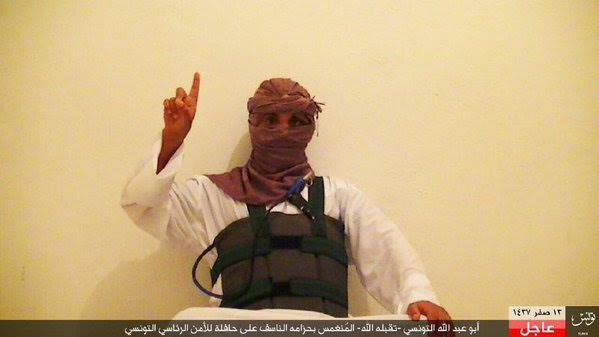 Morocco has strongly condemned the ISIS-claimed terrorist attack that rocked the Tunisian capital, claiming the lives of 13 people.

Following the despicable terrorist attack that targeted Tuesday a bus of the presidential guard in Tunis, King Mohammed VI renewed, in a phone conversation with President Beji Caid Essebsi, his “condemnation of this criminal act which aims to undermine the security and stability of Tunisia”.

During the phone call, the Moroccan Sovereign assured the Tunisian Head of State of the Kingdom’s “continued support to fight this abject terrorism”, the king’s Office said in a statement.

The King also expressed Morocco’s total solidarity with and support to Tunisia “to continue and consolidate its democratic and development process in unity, security and stability”, adds the statement.

IS Wednesday claimed responsibility of the suicide attack as it did for the two other major attacks in Tunisia this year, one against a Sousse hotel, which killed 38 end of June, and one against the Bardo Museum, which killed 21 people in March. Most victims were foreign holidaymakers.

Tunisian authorities announced Thursday they have arrested over thirty people have identified a Tunisian man as the perpetrator of the Tuesday attack.

The suicide bomber blew up himself when boarding the presidential guard bus on Mohammed V Avenue in Tunis, the Interior Ministry said. Early investigations indicate that the powerful explosives used in the attack are similar to substances seized in 2014 and that were coming from Libya.

The Kamikaze, Houssem Abdelli, 28, was a street vendor and lived in one of the poorest districts of the Tunisian capital.

Following the attack, the Tunisian government announced Wednesday a series of measures, including the state of emergency throughout the country and a curfew in the capital, the closure for a fortnight of borders with Libya and the recruitment of 6,000 additional troops for security forces.

Part of the measures, websites judged tied to terrorism will be shut down and the situation of foreigners residing in the country will be updated.

The authorities plan other measures to protect themselves from the jihadists returning from conflict zones such as Syria and Iraq.

Tunisia, presented as a model of democratic transition in the wake of the “Arab Spring” in 2011, is increasingly targeted by Islamists.