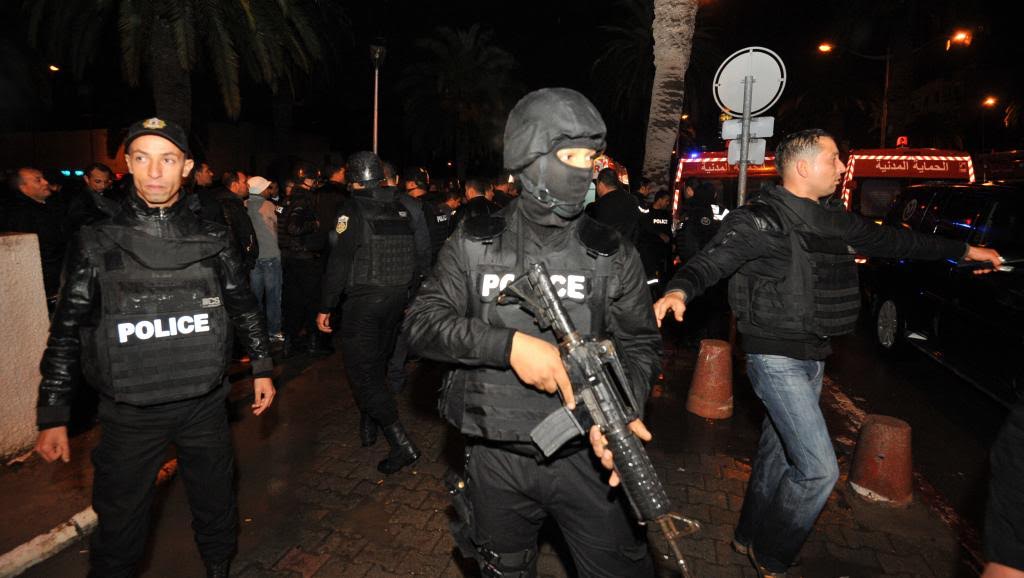 Tunisian President declared Tuesday state of emergency across the country following a terrorist attack on a van carrying a presidential guard unit.

The attack occurred late in the afternoon on Mohammed V Avenue thoroughfare, not far from the ministry of the interior killing at least 12 and injuring 20 members of the presidential unit.

It is unclear how it occurred but the police said the unit was aboard a van heading to the Presidential palace when the van exploded.

There were several versions of eye-witnesses. Some pointed out that a passenger on another van threw the bomb on the unit’s vehicle while others said a suicide bomber blew himself against the van carrying the unit.

President Caid Essebsi called off his trip to Switzerland and declared a 30-day state of emergency across the country and a curfew has been imposed in the capital Tunis.

Security analysts say attacking a security unit heading to the Presidential place means that the attackers targeted one of the strongest symbols of the country proving that the country’s security system is weak.

This attack comes as the interior ministry and entourage of former President Moncef Marzouki Monday indicated that the latter was target of an assassination.

To show support and unity in face of the tragedy, unions called off their protest.

Tunisia has been hit this year by two terrorist attacks respectively in March when two gunmen said trained in Libya killed 21 people mostly foreign tourists at Bardo Museum in Tunis and in late June after a lone Tunisian mowed down 38 people at a Sousse resort hotel.

Also this week, Tunisian foreign minister said the country is haunted by mafia of terrorists and traffickers. Taieb Baccouche argued that the fight against insecurity and terrorism has become complex as traffickers and terrorist are now operating in tandem.