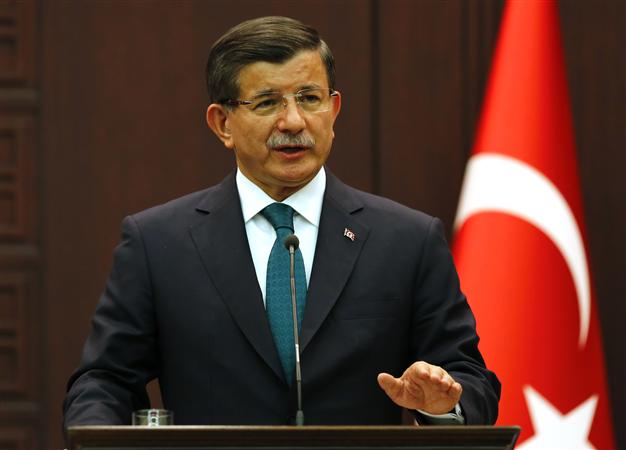 Turkey could for the first time be engaged militarily in the Syrian war after Prime Minister Ahmet Davutoglu stated that Turkish forces are “instructed to retaliate to any development that would threaten Turkey’s border security.”

The statement was made following the airstrikes launched by Russian war planes near Turkey’s border during the weekend.

Sources close to the Prime Minister’s office said the matter will be taken to the U.N. Security Council.

Davutoglu claimed that the Russian airstrikes are targeting areas “where very clearly there is no element of DAESH [ISIL], where there is no terrorist element.” He added that “support from foreign fighters” followed after the bombings. The Prime Minister didn’t identify the foreign fighters but clarified that “every non-Syrian (fighter) inside Syria is a foreign fighter” irrespective of where they come from. “These foreign fighters aim at civilian people where the regime no longer has the power to resist,” he said.

Observers believe that he was making reference to Hezbollah since it is the only outside force that has militants on the ground fighting alongside pro-Assad forces while Tehran has admitted to sending military advisers to Damascus.

The targeted areas during the weekend are mainly villages of Turkmen, Syrian nationals of Turkish origin. Ankara has often shown solidarity to them. Davutoglu said Turkey will also take the required diplomatic measures “for the protection of our siblings there in the place in which they are located and for protection of their human rights in the face of any threat.” Thousands of Turkmen fled their villages into Turkey after the bombardments and Davutoglu stressed that “required measures would be taken both inside Syria and inside Turkey” if another attack leads to a refugee influx.

Moscow has not commented on the allegations.