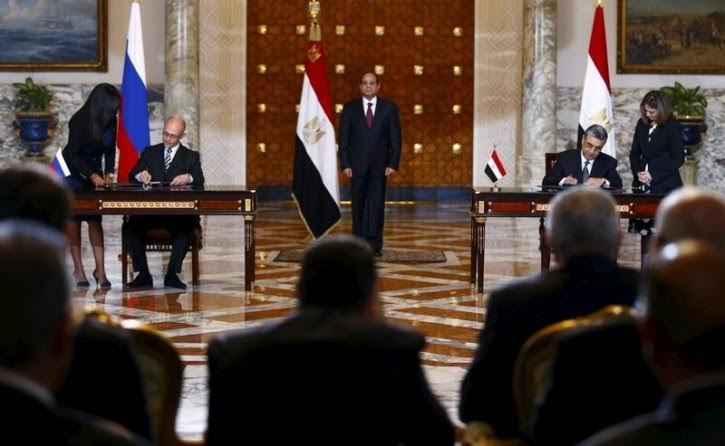 Egypt and Russia signed on Thursday two agreements on the financing and construction of a nuclear plant that is part of “a peaceful nuclear program for the production of electricity,” as Egyptian officials point out.

The construction of the plant, the country’s first nuclear power facility, would be funded by Russia under a 35-year intergovernmental loan to Egypt.

According to Egyptian authorities, the loan will not be a financial burden on the state budget because the energy that would be produced by the plant will cover the construction cost.

The plant to be based in Dabaa will house four 1,200 megawatt nuclear reactors.

Russia’s Rosatom State Atomic Energy Corporation chief Sergey Kiriyenko, who signed the agreements along with Egypt’s Electricity and Renewable Energy Minister Mohammed Shaker el-Markabi, said Russia’s support of the program is part of a “comprehensive cooperation” between the two countries as it would also provide “relevant financial support.”

The decision on the development of the nuclear plant was sealed last February during President Vladimir Putin’s visit to Cairo.