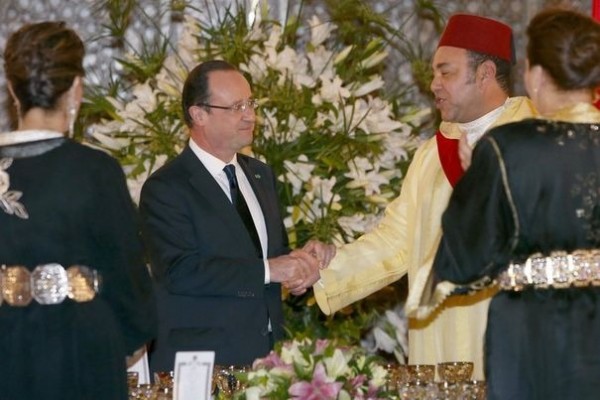 The French Presidency announced Thursday that President François Hollande would be meeting the Moroccan monarch Mohammed VI at the Elysée this Friday.

The meeting is taking place in the wake of the Friday Paris terror attacks that left 129 dead and over 350 injured and the French police raid in St Denis, Paris suburbs, on Wednesday that killed the ringleader behind last week’s attacks, Abdelhamid Abaaoud.

Morocco has played an instrumental role in dismantling the terror cell hiding in St Denis, as Moroccan intelligence services told French authorities that the Belgian-Moroccan terrorist Abdelhamid Abaaoud was probably in France and not abroad as thought.

In view of these developments, the French-Moroccan summit talks will undoubtedly deal with bilateral cooperation in anti-terrorism struggle, or war as described by President Hollande.

King Mohammed VI was among the first world leaders to address a message of sympathy to France following the Friday coordinated terrorist attacks in the French capital and to condemn in the strongest terms all forms of terrorism.

Morocco’s intelligence services have proved their efficiency on many occasions. They have foiled several attacks and dismantled several terrorist cells at home and helped many friendly countries to thwart terror plots.

A report published recently by Real Instituto El Cano on the evolution of terrorism in the Maghreb from 2011 to 2014 pointed out that thanks to its intelligence departments, Morocco is the only Maghreb country which has not witnessed a spike in the number of terrorist attacks.

The last attack in the kingdom dates back to 2011, when a loan terrorist targeted a café in Marrakesh killing 17 people.