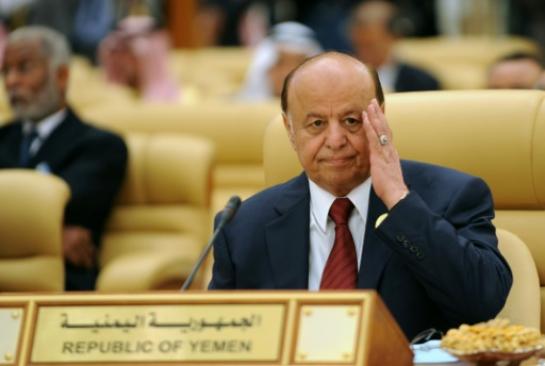 As the crucial battle to push the Houthi Movement and their allies out of Taiz continues, President Abedrabbo Mansour Hadi arrived in the city of Aden on Tuesday, for the second time since his self-imposed exile, to “supervise” the offensive according to a presidential source.

Hadi declared Aden as the country’s temporary capital after the Houthis took control of Sana’a.

The offensive to take over Taiz, the country’s third largest city, began on Monday and military sources claimed on Tuesday that pro-Hadi forces backed by the Saudi-led coalition have captured the neighboring town of Waziaa and now occupy a large government complex and a Houthi security headquarters. According to Masdar Online citing sources, Al Shukaira and Ahyouk has been seized by the pro-government forces as well as some parts of Taiz University forcing the rebels to retreat.

Taiz is a strategic city and the battle for its control has been intense for it is considered as the ultimate defense line of the rebels and its fall will facilitate access to Sana’a where the Houthis have set up their administrative capital.

The clashes might jeopardize the planned U.N peace talks scheduled to take place before the end of the month. The Houthis accepted the conditions imposed by a U.N Security Council resolution for a possible ceasefire leading President Hadi and the coalition forces believe that the war is almost over.