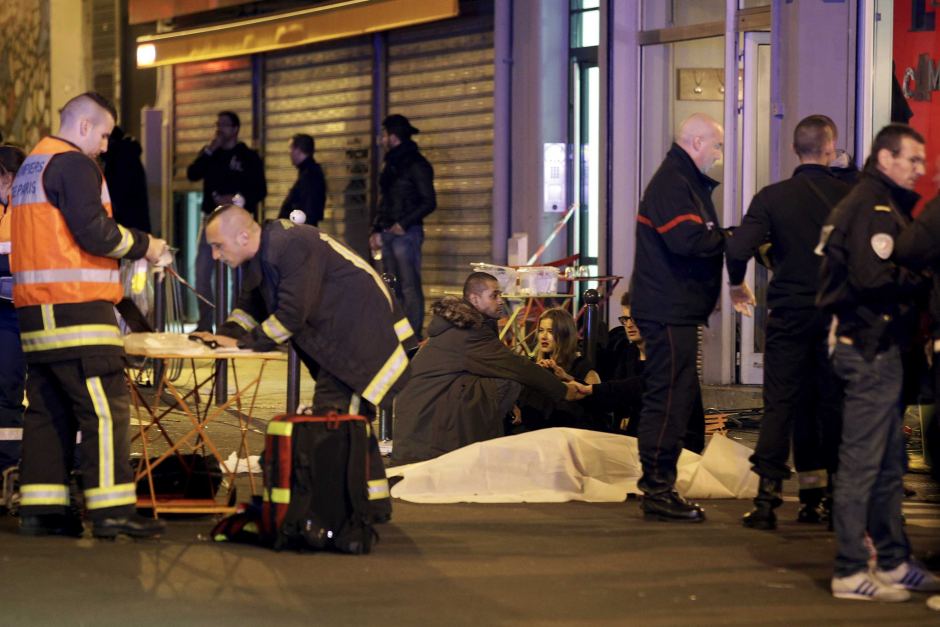 King Mohammed VI of Morocco has addressed messages of condolences and sympathy to the French Head of State François Hollande and to the French Prime Minister Manuel Valls following the horrifying terrorist attacks that were perpetrated in various districts of Paris Friday night.

“I present to you and through you, to the families of the innocent victims of these crimes and to the whole French people, my most sincere condolences and ask you to kindly convey my sincere wishes of speedy recovery to the injured,” said the King in his message to the French president.

The Moroccan sovereign, who expressed his “deep emotion and sorrow” at the “odious terrorist attacks that targeted several areas of Paris,” condemned “with the utmost force these heinous terrorist acts” and assured the French President of his solidarity and support in this time of grief.

“It is with deep emotion that I learned the sad news of the cowardly terrorist attacks that simultaneously targeted this Friday neighborhoods of Paris,” said the king in this message to the French Prime Minister.

The Sovereign who condemned in the strongest terms the atrocious terrorist attacks, assured the French Premier, in his name and on behalf of the Moroccan people, of Morocco’s full solidarity and support for France.

He said he was confident that “French security forces will defeat the perpetrators of these horrific crimes,” and that “thanks to the mobilization and determination of the French people in defending their noble values, your friendly country will succeed in coping with this horrendous experience,” said the King in his message to the French Prime Minister.

Eight terrorists wearing explosive belts and armed with assault rifles perpetrated coordinated attacks in the busy 11th district of Paris, including in the Bataclan theatre where there was a hostage-taking incident.

The Friday attacks, committed few months after the terrorist assault against Charlie Hebdo in January this year, were claimed by the Islamic State group, which said in a statement that the targets had been “carefully chosen” in the heart of the French capital and that “this attack is only the beginning of the storm.”

IS has often mentioned in its videoed propaganda France as one of its targets because of its participation in the fight against the terror group in Syria and Iraq. However, analysts see in the attacks an escalation in the terrorists’ activities, as it is the first time that terror operations are carried out in France by suicide bombers. The eight bombers, including a French citizen, have reportedly been killed.

President Hollande had accused IS of being responsible for the attacks even before the release of the group’s statement.

“What happened yesterday is an act of war,” the French President said Saturday adding that the attacks were “committed by a terrorist army, Daesh.”

“It is an act prepared, organized from outside and with internal complicities that the investigation must establish,” he said adding that “It is an act of absolute barbarism” but that “France will triumph over barbarism.”

France adopted a number of immediate measures, including the state of emergency throughout the country and the closing of borders.

National three-day mourning was also decreed and schools and other institutions and public places were closed.