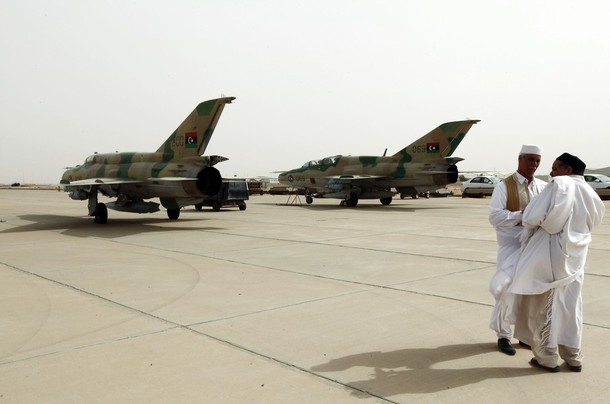 Fresh clashes between militants of the Islamic State and the Libyan National Army (LNA,) a force loyal to the internationally recognized Tobruk-based government, began on Tuesday in Benghazi, enabled the LNA to recover three former air force bases; two in Sidi Faraj and one in Buatni.

Both sides have lost more than 10 people and there have been civilian casualties after missiles landed on their homes, but reports have hinted that the government forces are having the upper hand.

Renegade General Khalifa Haftar commands the LNA but he has not been able to eliminate extremist groups in Benghazi after declaring war against them more than a year ago.

In the latest round of clashes, military spokesman Milad Zwei said the “Special Forces are making progress and have captured the air defense camp between Mash’hash and Sidi Faraj districts” that has been under the control of the Islamic State since last year.

It is still unclear if the government forces will be able to continue with the progress being made on the battle field with the help of their warplanes because victories in Benghazi have often been alternative with both groups progressing in their advances for a while before retreating again in counter-offensive operations of their enemies.

It has been noted that militants of the Islamic State are increasing and there are foreign fighters in their ranks. The group is fighting both governments in Libya and aspires to establish an Islamic State.