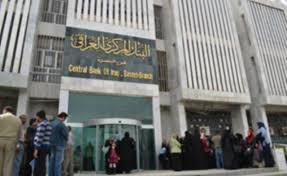 Iraq’s Central Bank Governor Ali Moshen Ismail highlighted that the nation’s foreign currency reserves will surpass the forecasted $50 billion for 2015 by the International Monetary Fund (IMF) by $10 billion without going into details.

In spite of the expected positive improvement, IMF stated that it has reached an agreement with Baghdad to monitor its economic policies part of an agreement for possible funding next year since the budget deficit is expected to further increase.

The figures revealed by Governor Moshen, in a statement published on the bank’s website, raise authorities hope because the amount can cover at least six months’ worth of importation. The finance ministry has been receiving a monthly package of $600 million from January to September for its expenses.

IMF mission chief to Iraq Christian Josz said the monitoring agreement with Iraqi authorities will help reduce budget deficit estimated to widen to 17.4% this year from 5% in 2014. Government efforts to raise $6 billion from bond sales were suspended after investors demanded higher interest rates. Josz said the monitoring of policies will help Baghdad “to build a track record for a possible Fund financing arrangement.”

Iraq is undergoing financial pressure and Prime Minister Haider al-Abadi is trying to undertake strict reforms that will curb corruption and expenses but the process has been challenging. Last week, the parliament voted against the government passing important reforms without its approval signaling the increasing friction between the two political institutions.

Observers fear that he could face a vote of no confidence if he continues to pursue reforms that are often unfavorable to authorities.