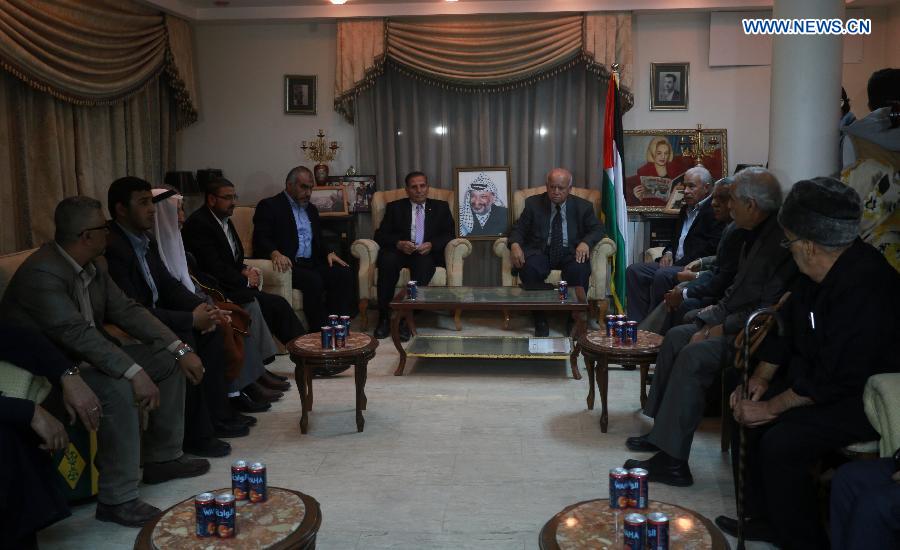 Hamas handed over control of the late Yasser Arafat’s home in Ramallah to Fatah on the eve of the 11th anniversary of the demise of the iconic Palestinian President in 2004, following a mysterious illness.

The handing over of the premises are seen as another symbolic gesture between the two rival parties still struggling to unify their efforts for the global recognition of Palestine’s independence and statehood. The presidential home would be turned into a museum.

Since Hamas took control over Gaza Strip eight years ago after fatal confrontations that forced out the Palestinian Authority and Fatah, Arafat’s death was only commemorated once in 2007 but it ended with the death of at least six people after Hamas used arms to disperse the crowd.

Arafat’s presidential home was handed to the Yasser Arafat Foundation led by Zakaria al-Agha, a member of Fatah’s central committee and of the executive committee of the Palestinian Liberation Organization.

He thanked Hamas for the gesture and urged them to undertake practical measures to end the political division between them reminding delegates that “President Arafat has spent his life for the Palestinian cause” and “always called for national unity” for the establishment of an independent Palestinian state with Jerusalem as its capital.

Hamas leader Ghazi Hamad did the handing over and spokesman Sami Abu Zuhri said it was after the approval of Suha, Arafat’s widow, before adding that it is a “national and positive signal that should be built on to achieve the national unity, which the Palestinian people need the most in this time.”

Arafat is the image of the Palestinian struggle but lived his final years in the presidential home under Israeli siege, during the second intifada, before an illness claimed his life in 2004 after being flown to France for treatment. Palestinians claim he had been murdered by Israel.

Palestinian sources revealed on the occasion of this 11th anniversary that the person responsible for his death has been identified without any further details.