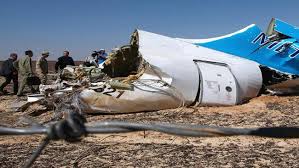 Stakeholders in the Egyptian tourism industry would be concerned about its revival after President Vladimir Putin’s chief of staff, Segei Ivanov, told reporters in Helsinki, Finland, that Russian flights will not be heading to the north African country anytime soon because security upgrades have to be made at “those places where Russian planes fly.”

Almost 33% of tourists visiting Egypt in recent years are from Russia and they mostly spend their time in the resorts of the Sinai Peninsula.

Ivanov thinks that the ban would last “for several months, as a minimum,” and explained that the decision was a preventive move to protect Russian citizens.

An Islamist group in the Sinai Peninsula affiliated to the Islamic State claimed that it downed the Metrojet aircraft killing the 224 people on board, most of them Russians, in retaliation to Moscow’s intervention in Syria.

Yet, Ivanov stressed that “the course of the operation against terrorists in Syria doesn’t depend on the investigation into the crash.”

Security officials at Sharm el-Sheikh airport, wherefrom the flight took-off, acknowledged that there are security flaws with faulty machines and relaxed searches.

The decision by Moscow to halt all flights to Egypt was not welcomed and Egyptian media claim a Western conspiracy to weaken Egypt and President Sisi’s government. The media lamented that Russia is a victim of propaganda.

The crash could also sway away other visitors from Eastern Europe and Soviet satellite states that made up around 45% of all tourist arrivals in June according to the official data.