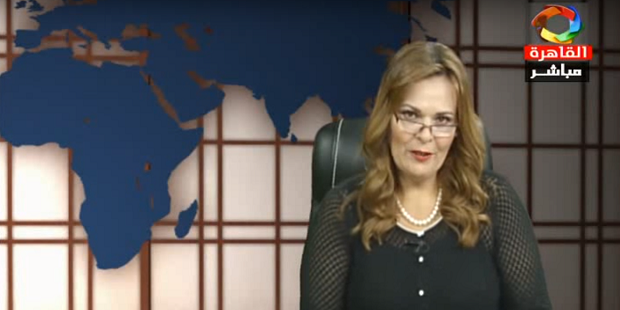 An Egyptian national TV show anchor has been suspended after she criticised state officials as well as President al-Sisi for lack of vision and accountability in the management of the state, reports say.

Azza al-Hennawy, “Cairo New” show anchor at state-owned TV Maspero has been suspended after she lambasted President al-Sissi and state officials following the flooding crisis in Alexandria a couple of weeks ago which killed five people and caused a lot of damage.

Essam el-Amir, Head of the TV suspended Hennawy and put her under investigation for expressing her opinion in a news show, something, he said, that violates impartiality and ethics.

Hennawy criticised her suspension saying that it is an attempt to muzzle criticism towards officials. She added that the suspension violates her constitutional right to freedom of expression although she adhered to the media code of ethics.

She also called for investigation of corruption at ministries and at her work place, Maspero and asked why a national plan to stamp out corruption introduced by the former Prime Minister Mahlab has never been implemented.

Hennawy is not at her first suspension. She was suspended in 2013 after she criticised Muslim Brotherhood lawmaker Yasser Abdel Rafei.

Time is hard for journalists in Egypt in this period. Last Sunday, a prominent Egyptian investigative journalist Hossam Bahgat was summoned by military intelligence and questioned for 9 hours. A prosecutor ordered his provisional detention pending investigation on charges of “publishing false information that harms national interest.”