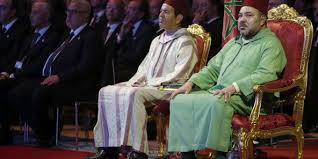 Morocco which has launched Saturday several landmark infrastructure and socio-economic development projects to be carried out in the Western Sahara provinces, namely Sakia El Hamra Laâyoune, Dakhla Oued Ed-Dahab and Guemim Oued Noun wants to make of its Southern provinces a gateway to Africa.

The new projects, launched during the historic visit King Mohammed VI is paying to the region on the occasion of the 40th anniversary of the Green March celebrated on Friday, are meant to make of the Sahara provinces a commercial and logistics hub to and from West Africa.

The largest bus station in the continent will be built in Laayoune. It will put the African markets, mainly of Mauritania, Senegal, Côte d’Ivoire, and others, within reach of the Tanger-Med container port. Likewise, the ports of Dakhla and Boujdour and the airport of Guelmim will facilitate economic integration with neighboring countries.

In the speech he addressed to the nation on Friday from the city of Laâyoune, King Mohammed VI who announced a new development model for the Sahara said “As regards infrastructure, the road network in the region will be enhanced, and a dual carriageway complying with international standards will be built to link Tiznit, Laâyoune and Dakhla.”

He also called on the Government to think about setting up hub airports in the Southern Provinces to serve African destinations and said that one of his ambitions is “to see a rail link between Tangier and Lagouira to connect Morocco with the rest of Africa.”

“We also intend to build the Great Dakhla Atlantic Port, implement major solar and wind energy projects in the south and connect Dakhla to the national electricity network,” the King said, adding “one of our goals is to link these networks and infrastructure to African countries, thereby contributing to their development.”

Morocco which has started implementing the advanced regionalization process in the Southern provinces, part of its desire to increase, as put by the King, “the chances of finding a lasting solution to the artificial dispute over our territorial integrity,” will conclude a series of program-contracts between the central government and the regions to determine each party’s obligations regarding the execution of development projects. The Government will have to speed up the adoption of legislative texts on devolution as well as the preparation of a real charter for administrative devolution that gives regional departments and agencies the prerogatives needed to run the region’s affairs at the local level.

Other projects planned in Western Sahara include the replenishment of underground water, the launch of the green belt to fight desert encroachment, the mega-solar project in Ouarzazate…

Actually, Morocco wants to build in the Sahara a green shield – the first on the African continent – that will be enhanced with tourism programs, in addition to the promotion of the specific vocation of each city. Fishing and winter sports will be promoted in Dakhla, Aousserd will be the city of mining and agriculture, while Smara will remain the cultural capital of the Sahara as it had been for centuries.

This year’s celebration of the anniversary of the Green March is so special and mobilized all Moroccans as the Green March had done 40 years ago, when 350,000 Moroccans from all walks of life, armed with their country’s flag and the Coran, marched southward to peacefully liberate their Sahara from Spanish colonialism.

In Laâyoun that hosted the official commemoration of the event, some 30,000 people took to the street Saturday evening and gathered outside the headquarters of MINURSO (UN Mission in Western Sahara) demanding the departure of this mission whose presence in the territory, the demonstrators claimed, has become irrelevant.

King Mohammed VI who was casually driving his car in the city found himself surrounded by thousands of demonstrators who greeted him with cheers, renewing their attachment to the sovereign and their determination to defend the unity and territorial integrity of their country.

The celebration of the Green March 40th anniversary with the royal speech, the landmark projects and the encounter between the King and the inhabitants of Laâyoune sent a clear message to the international community: Morocco is in its Sahara and will remain in its Sahara.