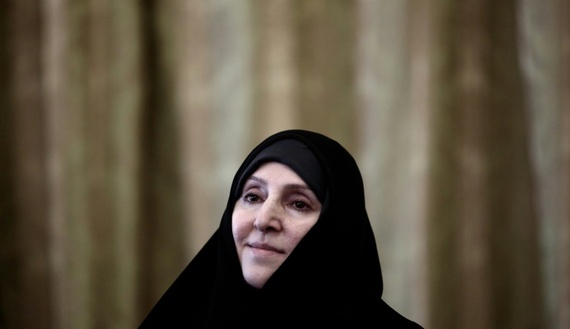 According to some reports, Afkham has been linked with the job since April but authorities kept the lid over the information.

Zarif paid tribute to the 50-year old diplomat whom he said carried out her duties with “dignity, bravery and particular insight”.

Before coming to power, the new Iranian President Rouhani promised to improve the image of women and stamp out discrimination. And since becoming president, he has made unprecedented changes to Iran’s society with appointments of several women in leading roles.

Aside from Afkham’s previous role as foreign ministry spokeswoman, other women including Masoume Ebtekar have been chosen as deputies of the president. Rouhani also appointed several women as governors.

In the history of Iran Afkham is the second woman ever to serve as ambassador. Before the Iranian Revolution, Mehrangiz Dolatshahi, a female member of parliament was appointed as Iran’s first female ambassador to Denmark.