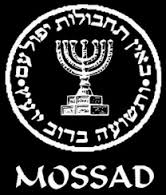 Lebanon announced on Sunday that it had captured three spies for Israel in the southern part of the country and that the spies have already confessed to gathering and providing information to Tel Aviv.

Israel and Lebanon are technically at war and there have been occasional violations of the ceasefire between them despite the presence of U.N peacekeepers. The last war between Israel and Hezbollah dates back to 2006.

Two of the arrested are males and one of them, a Syrian, is married to a Lebanese woman who was also arrested under spying accusations. The other male is also a Lebanese. Their identities have not been released but they are claimed to have filmed and sent “sensitive” footages of roads and other areas in southern Lebanon “to their employers” for possible use in future attacks.

Information on individuals, security and military targets were reportedly gathered. Military Examining Magistrate Judge Saqr Saqr oversaw the investigation and they have since been referred to the concerned judiciary.

A statement from the security service termed the three as being part of “a spy network working for the Israeli enemy” in southern Lebanon. They were arrested under the terrorism and espionage operation. Investigations are still ongoing to arrest other members of the network.

Albawaba reported in October that the Lebanese army discovered an Israeli spy device disguised as a rock in the southern town of Bani Hayan.

Over the past six years, Lebanon has detained more than 100 alleged spies, the majority of them serving in the military or telecommunication sector. In December 2014, Hezbollah also discovered that it was infiltrated by Israel by using one of its senior party officials as a spy to sabotage its security operations abroad.