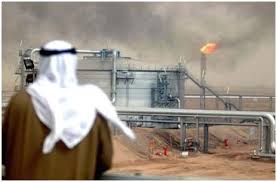 Saudi oil Minister Ali al-Naimi said that the current low oil and gas prices will be settled through increased demand in Asia.

He said urbanization, population expansion, increasing prosperity and social mobility will lead to oil demand growth which will serve the interest of both the producers and the consumers for they both seek the “stability of prices.”

Riyadh has not embarked on its old practice of reducing production whenever prices fall claiming this time that the market will stabilize itself.

Secretary General Abdalla Salem El-Badri of the Organization of Petroleum Exporting Countries (OPEC) forecasted that Asia’s crude oil and refined products demands will increase from 16million to 46million a day by 2040. OPEC will be meeting next month but it is unlikely that it will change its current policies to increase prices as member countries compete for market shares. They supply 40% of the world’s oil.

Saudi Arabia is the world’s largest producer and Chairman Khalif al-Falih of state-owned Aramco last week ruled out cutting production as he reiterated that “the only thing to do now is to let the market do its job” stressing that “the insurance policy that’s been provided free of charge (to investors) by Saudi Arabia does not exist anymore.”

Al-Naimi is confident that the low prices “will soon reflect the attractiveness of the current prices” as he counts on Asia to continue its “vital engine of growth for the world economy… throughout this century” and “assume a greater influence in global energy affairs.”

Asia’s consumption has increased by 40% since 2000 and el-Badri has dubbed it to “remain the main hub for oil demand growth” as consumption shrinks in Europe and the Americas.