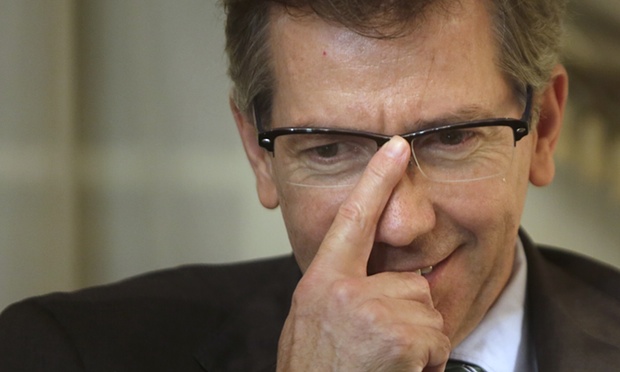 Spanish diplomat and Head of UN Special Mission in Libya is spending his last hours as mediator in the Libyan crisis as UN Secretary General Ban Ki-Moon officially appointed German veteran diplomat Kobler to take over.

Leon is to hand over his final report on the process to the UN Security Council this Thursday before being replaced by Martin Kobler, a German diplomat with several decades of experience at international level. He headed for two years the UN’s largest peace keeping mission in DR Congo.

Leon’s replacement coincides with the announcement by the UAE of the appointment of the Spanish diplomat for a new role in the Gulf state as director general of its “diplomatic academy.”

Leon has been criticised for being biased in the Libyan crisis but has always denied any partiality. Critics say accepting a job from the oil-rich Gulf state undoubtedly indicates that Leon has been backing the internationally recognized House of Representatives (HoR) also openly backed by UAE and Egypt.

Leon rejects the attacks saying that he planned to quit his UN mediation role by September 1..

Analysts of the Libyan crisis argue that Egypt and the UAE are using Libya as “battleground for a proxy war against Islamists allegedly backed by Turkey and Qatar.”

Furthermore, some voices opposed to the UN-proposed Government of National Accord also attacked Leon for favouring one side. The GNC lambasted Ban Ki-Moon this week saying it held the UN Head responsible for the deadlock in the political dialogue.