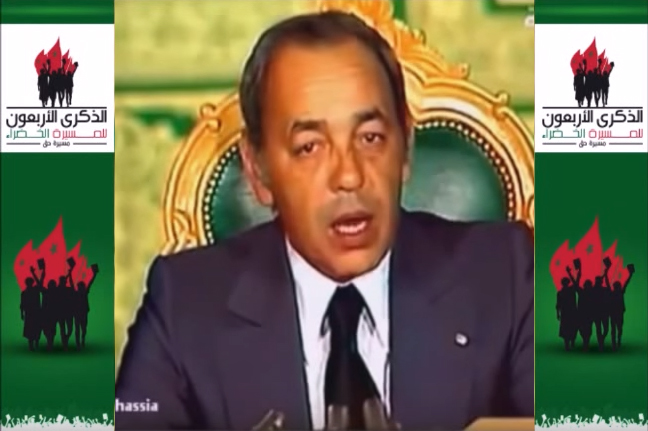 Morocco is celebrating on Friday November 6 the 40th anniversary of the Green March, the peaceful march of 350,000 Moroccans that enabled the North African country to recover its southern provinces, known as Western Sahara, that had been long colonized by Spain.

This anniversary, beyond its historical significance, has a national meaning as all Moroccans feel concerned because a father, a brother, a sister or a grandpa or grandma had participated in the landmark march and because all Moroccans are united when it comes to their country’s territorial integrity and sovereignty and are all ready to make sacrifices to preserve the Sahara provinces and to contribute to their development so that the local inhabitants lead a dignified life.

Forty years after the epic, Morocco is in its Sahara, “will remain in its Sahara, and the Sahara will remain part of Morocco, until the end of time,” as King Mohammed VI had pointed in the speech he delivered last year on the occasion of the 39th anniversary of the Green March.

However, Morocco’s presence in its Sahara, backed by History and the centuries old allegiance ties binding the inhabitants of the Sahara to the Alaouite Dynasty, is not to everyone’s liking in Algeria, especially the ruling regime and its generals.

Actually, the Sahara decolonization issue could have been over shortly after the Green March, had it not been for the Algeria obstacle. Algeria, obsessed by its geo-strategic goals in the region that kindle the survival of the Algerian military institution, wanted at any price, to deprive Morocco from its southern provinces.

So, it created, with the support of the Libyan regime of Moammar Kaddafi, a separatist front and helped it set up a shadowy republic claiming the independence of the Moroccan territories formerly under Spanish rule.

Through this belligerent policy, Algeria was actually seeking many objectives: gain access to the Atlantic via a failed republic in the Sahara, weaken Morocco’s recognized regional leadership and divert the attention of the Algerian public opinion from the internal problems and the bad management of the Algerian oligarchy.

And, whatever its political, economic, or social problems, whether it is plunged in a civil war or facing social unrest, Algeria continued and continues to make of the Sahara issue its main concern and the top priority of its internal and foreign policy.

Yet, all its manoeuvers have failed and the international community is vehemently opposed to Algeria’s schemes in the region, being aware that another failed state in the Sahara-Sahel area will only add to the terrorist threat endangering the whole region.

The international community, headed by the five Security Council permanent member countries, favors a mutually acceptable negotiated solution and strongly supports the Morocco-proposed autonomy plan for Western Sahara, deeming this plan as a credible and serious basis for the settlement of the long-lasting conflict which has a negative impact on the development and integration of the entire Maghreb.

And while Algeria continues to turn a deaf ear to peace calls, Morocco is carrying on its development plans in the Sahara as well as in the other parts of the country to improve the living standards of its citizens, promote its infrastructures and sustain its development.

This is the real battle for Morocco. And the celebration of the Green March anniversary provides an opportunity for all Moroccans to renew their oath of attachment to their Sahara and their oath to work for the development of all the regions of their country.