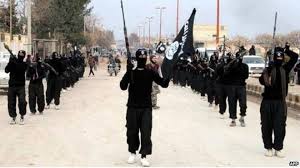 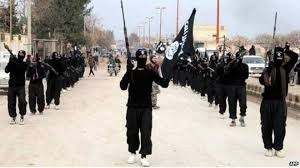 Militants of the Islamic State had been on their back heels this week as they lost territories to the Assad government and to the rebels backed by the West and Arab States.

Both sides owe their progress to Russia’s airstrikes but Moscow has raised concerns that its fighter jets could be hijacked in neighboring countries and used to attack its own forces.

These concerns have led to the deployment of missile systems to counter “all possible threats,” as put by a Russian General.

She alleged that 85 to 90 percent of Russian strikes have hit the moderate Syrian opposition for its “primary intent is to preserve the regime.” She proposed a political settlement.

Victoria Nuland, Assistant Secretary for European and Eurasian Affairs, on her part, told the Foreign Affairs Committee that while Moscow asserts that its military action is directed at ISIL, the vast majority of Russian strikes target areas where the Assad regime has lost territory to forces led by the moderate opposition, in towns like Hama, Homs, Aleppo and Idlib.

“Now Russia is fielding its own artillery and other ground assets around Hama and Homs, greatly increasing their soldiers’ vulnerability to counterattack,” the US official said, deploring that Moscow has failed to exact any humanitarian concessions from Assad as the price for Russian support. “The regime continues to barrel bomb its own citizens with impunity, perhaps even emboldened by Moscow’s help.”

Meanwhile, US military spokesman Colonel Steve Warren said the recent progress made by Syrian Democratic Forces (SDF) and its Syrian Arab Coalition subgroup is a “validator” that the newly implemented policies are fruitful. He claimed that the group seized 255 square kilometers from the Islamic State in an operation with “well over a thousand friendly forces” against “several hundred enemies.” Warren downplayed the advance as “not a large tactical action” but an impressive development for “we are encouraged by what we saw.”

Pro-Assad forces also took control of a road southeast of Aleppo that they lost to the militants of the Islamic State last month. The road is the government’s sole supply route in the area and passes through Khanaser and Ithriya and links up with the cities of Hama and Homs further south.

Written by: meconfident on November 5, 2015.
Last revised by: Jaber Ali