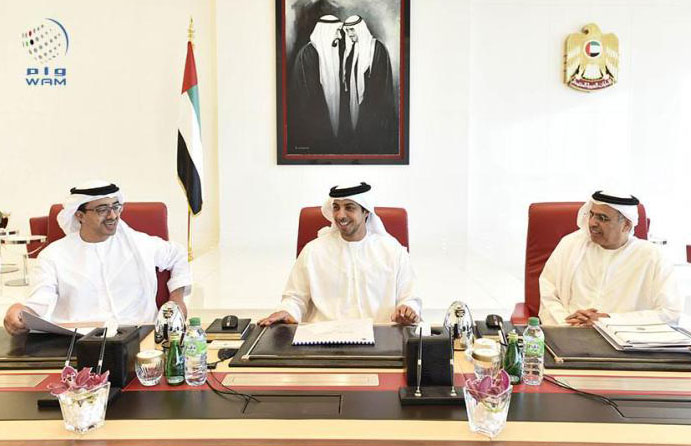 Oil prices have fallen by more than half since July 2014 from $110 per barrel to less than $50 and the UAE is a major supplier.

The low prices forced the government to adopt a restrictive budget but Sheikh Mohammed explained that it was tailored to meet government strategies and presidential directives in order to utilize all resources to ensure the happiness of the citizens and strengthen UAE’s image.

Last week, the International Monetary Fund director for the Middle East and Central Asia stated that the UAE could have a fiscal deficit of 3.5% of gross domestic product if oil prices fail to increase remarkably.

He added that the percentage could further increase if the government fails to adopt strict measures to limit spending and minimize deficit.

Sheikh Mohammed said the “priorities” of the budget are in accordance with the federation’s goals because “investing in Emiratis and meeting their needs are the basis of government work and has a priority in the National Agenda to reach the goals of the UAE 2021 vision.” The newly adopted budget is lower by 1.11% compared to that of 2015.