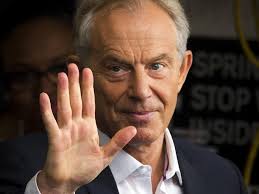 Former British Prime Minister Tony Blair admitted that world leaders that backed the American-led invasion of Iraq under Saddam Hussein have contributed to the current chaos in the country and the rise of ISIS. However, he stressed that the Middle Eastern country is still better off without its former president.

In an interview with CNN Sunday, Tony Blair said when asked if the invasion of Iraq and the overthrow of the Ba’athist regime led by Saddam had been a mistake, “I apologize for the fact that the intelligence I received was wrong” and “for some of the mistakes in planning and certainly our mistake in our understanding of what would happen once you had removed the regime.”

He said there was evidence that Saddam “had used chemical weapons extensively against his own people, against others” but it was below the level of their thoughts as he blamed the information provided by the intelligence service.

Since the Iraqi invasion, the country has been marred with violence for the past 12 years but the former British Prime Minister said he finds it “hard to apologize for removing Saddam” acknowledging that “there are elements of truth” that the invasion contributed to the rise of the Islamic State. “Of course you can’t say that those of us who removed Saddam in 2003 bear no responsibility for the situation in 2015” but “I think that even from today 2015 it’s better that he (Saddam) is not there than he is there.”

Nevertheless, Blair tried to share the burden with the Arab Spring and the Iraqi Shia-led government as he claimed that they led to the rise of extremist Islamic groups and destabilization.