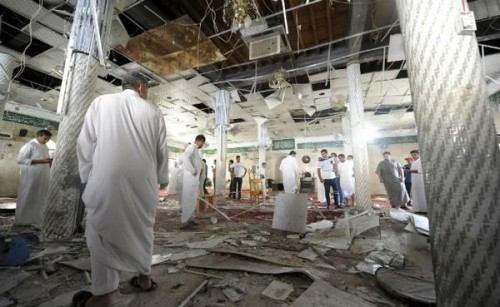 Shia worshippers in Saihat, eastern Saudi Arabia, were attacked on Friday by an armed man wearing an explosive belt. He killed at least five people and wounded nine before he was killed.

The attack was claimed by a new group called “Bahrain Province” that has vowed that “infidels will not be safe in the island of Mohammed.” Shias are increasingly targeted in the Gulf States by extremist Islamist groups that consider them as non-believers.

Bahrain Province claimed that it is linked to the Islamic State group making it the third affiliate of the caliphate in the Middle East, after two other Saudi-based groups. The attacker was identified by the group as Shuja al-Dosari.

Bahrain Province stated that Dosari attacked the “rafida” (derogatory term for those who reject the Sunni path) as “they finished their polytheist rituals.”

Sect is increasingly becoming a major source of unsocial cohesion in the Middle East as clashes in the region continue to be followed by the tendency of violent and fatal actions between Sunnis and Shias.

Gulf Sunni States have often accused Iran, a predominantly Shia state, of seeking to destabilize them and the political tensions are believed to have been extended to a proxy war in Yemen as Tehran is believed to be backing the Houthi Movement and their allies that ousted the pro-Sunni Hadi government.

The attack on Friday is not the first trans-national attack in the region against Shias. An attack on a Shia mosque is Kuwait was carried out by a Saudi Citizen. The last attack before Friday’s was in August, when a suicide bomber hit a mosque inside a police compound in western Saudi Arabia, killing 15 people.