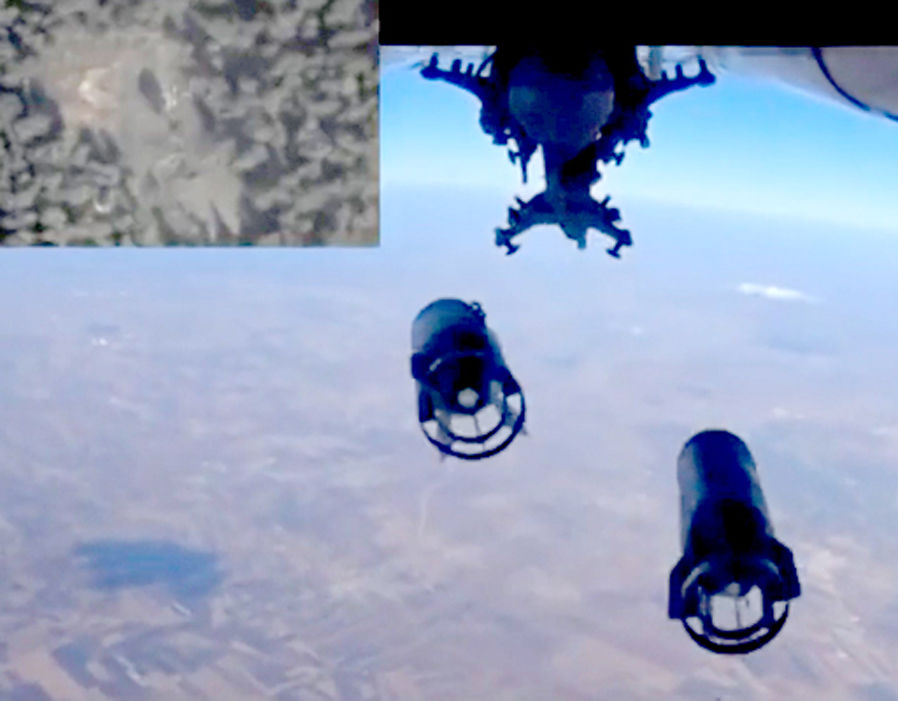 as pro-Damascus forces adopt an offensive approach in northern Aleppo, Hama, Homs and Latakia provinces. Moscow’s intervention is helping Assad’s regime to recover some lost territories. Syrian troops took over at least five villages and several strategic hilltops this Saturday near southern Aleppo. Director Rami Abdel Rahman of the Syrian Observatory for Human Rights said Assad’s forces would be able to “secure a supply line for the army between Aleppo and the central province of Hama, and would put the rebel’s own supply route in their line of fire” if they take over Al-Hader which is 25 kilometers away from their reach.

Control over Aleppo is divided between rebels loyal to the opposition Syrian National Council, Islamist groups loyal to the Islamic Group or al-Qaeda and governmental troops.

Russia’s intervention in Syria is conducted in alliance with Assad’s government and Russian Prime Minister Dmitry Medvedev stressed that Moscow’s airstrikes in Syria are mainly meant to secure their national interest although they had “a request from the lawful authorities (in Damascus).”

He repeated President Putin’s argument that if they don’t fight the terrorists, they will come to Russia. “Of course we are not fighting for specific leaders, we are defending our national interests,” he said.

President Assad has been heavily criticized by Arab and Western countries which have repeatedly insisted that he can’t be part of a transitional government.

They have been supporting the rebels but progress has been stalled by the recent Russian airstrikes, denounced as targeting the rebels instead of the Islamist militants as claimed by Moscow.