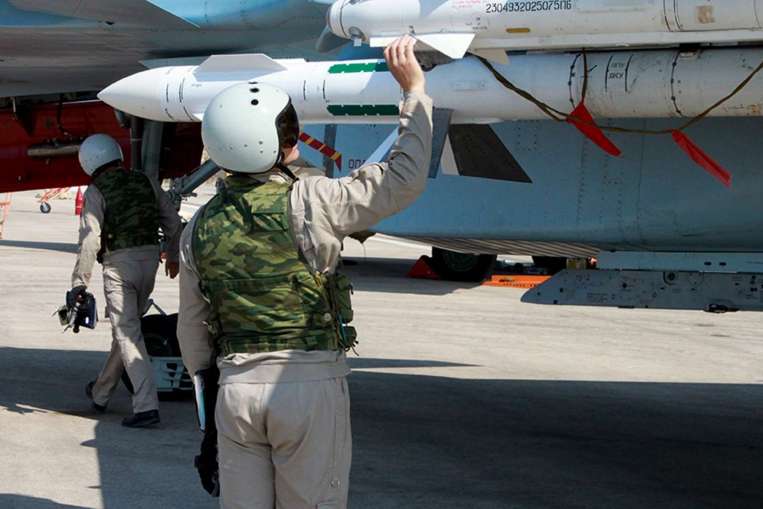 Turkish and Saudi foreign ministers have reiterated their support for the opposition rebel groups fighting against the Syrian regime and accused Moscow of slowing the political transition which should take place without President Bashar al-Assad.

The two foreign ministers, Feridun Sinirlioglu and Adel Al-Jubeir, who held a closed door meeting in Ankara agreed that Russia is making a big mistake and that its military engagement on the side of President Assad will merely delay the transition process likely to bring Syria out of the chaos.

The two countries, which are both against Assad staying in power or playing any role in a post-war Syria, convened to

the important issue at the moment is “a political solution” based on the 2012 Geneva communique that calls for a political transition, Jubeir said adding that Russia’s military intervention is “a very critical issue and could lead to foreigners intervening in Syria from the outside.”

Moscow’s intervention in Syria has been unwelcomed by Arab and Western states as they believe that it will help to maintain Assad in power.

Russian airstrikes are reported to have been targeting anti-Assad forces and not the militants of the Islamic State group as claimed. Russia rejected such reports as propaganda against its role in Syria.

Foreign Minister Sergei Lavrov said Moscow is “ready for very close cooperation and very close engagement with the Turkish authorities in the fight against the terrorist threat” during a Russian-Turkish partnership conference in Moscow on Thursday.

On Wednesday, American and Russian ambassadors were summoned by Turkey’s Prime Minister Ahmet Davutoglu who raised concerns about the actions of their governments in Iraq and Syria.