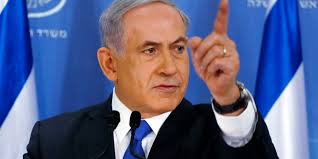 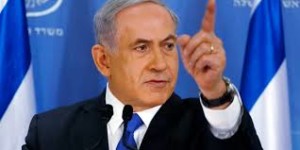 Prime Minister Netanyahu issued a stern warning on Monday after two rockets targeting Israel were launched from the Gaza Strip by Sheikh Omar Hadid Brigade, a Salafist organization affiliated with the Islamic State.

Recent clashes between Palestinians and Israeli Forces have led to civilian casualties on both sides but Netanyahu stressed that security forces would be using an “iron fist” to quell militant attacks.

President Mahmoud Abbas of the Palestinian Authority (P.A) is being blamed for the heightened tensions because of the speech he delivered at the UN.

Israeli forces fired rockets into Gaza claiming to have struck Hamas terror infrastructure after Sheikh Omar Hadid Brigade’s fired rockets landed in an open area in Eshkol while the other failed to reach Israel. The Brigade has targeted Israel several times but Tel Aviv holds Hamas responsible for attacks from Gaza.

Pressure has been mounting on Netanyahu as protesters continue to camp near his home. In a televised message on Monday, the Israeli Prime Minister said “we are not prepared to give immunity to anybody, not to any rioter… or any terrorist, anywhere, and therefore there are no limits on the activities of the security forces.” A cabinet meeting was also held to determine Israel’s reaction to the attacks which killed four Israelis in the past five days.

Likud Minister Yariv Levin told a right wing rally of thousands in Jerusalem on Monday night that “there is a clear link between the terror attacks and the speech of the terrorist Abu Mazen [Abbas]” before adding that “the P.A is the problem” and Abbas doesn’t want peace. He urged the cabinet to authorize more settlement buildings in order to “emerge victorious over terror.”