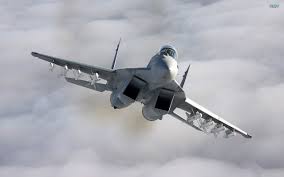 Russia’s military intervention in Syria is slowly straining diplomatic ties between Ankara and Moscow as the Russian Ambassador to Turkey was summoned for the second time, since the military operation began last week, to protest against the violation of its airspace by Russian warplanes.

A spokeswoman for the Russian Embassy in Turkey said the Ministry of Defense acknowledged crossing into Turkish airspace and has briefed the Turkish military attaché in Moscow. Russia claims that the violation lasted few seconds and was because of poor weather conditions.

On Sunday, President Erdogan said Russia’s actions in Syria “are quite unacceptable to Turkey” before adding that Moscow was “making a grave mistake.” Prime Minister Ahmet Davutoglu said the military has been ordered to intercept anything getting into Turkey; “even if it is a flying bird.” However, the Turkish General released a statement on Monday stating that two of its F-16’s “were harassed by an unidentified MIG-29 with a lock on for a total of five minutes and 40 seconds” during a patrol mission on its border with Syria.

UN spokesman Stephane Dujarric pointed out that “a lot of different countries and different coalitions” are operating in Syria and Iraq thereby creating “fraught with danger.” A statement released by NATO called the violation of Turkey’s airspace an “irresponsible behavior” that poses “extreme danger” and urged Russia “to cease and desist” from such actions and focus on targeting the Islamic State group. US secretary of state John Kerry said Ankara would have been exercising its legitimate right if it had shot the warplanes down.

Russia has not yet released an official statement.

Written by: meconfident on October 6, 2015.
Last revised by: Jaber Ali