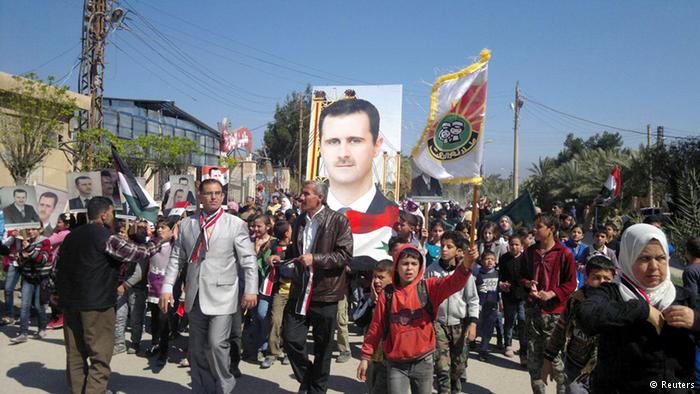 Damascus together with its allies namely Russia, Iraq and Iran “must succeed” and “the chances of success are large,” said a defiant President Bachar Al Assad in his first interview, since the launch of Russian airstrikes last week.

In this interview to Iranian Khabar TV channel, he warned that failure will mean “the destruction of a whole region, and not a country or two.”

Assad said the US-led coalition will only achieve “a certain balance between the forces on the ground to keep the fire raging” while claiming that Western countries should be held responsible for the consequences of the war because “in reality, they are the biggest contributor” to the Syrian war by supporting “terrorists.”

To some western and Arab countries supporting rebel groups in Syria which have been calling for the Syrian president to step down and arguing that he cannot be part of any political solution, he said “if the solution was me stepping down I would not hesitate.”

Addressing Saudi Arabia and Turkey which have been among the most outspoken regional countries against Damascus, Assad questioned their own democracy. He claimed that Riyadh has “the worst and the most backwards democracy worldwide” and accused President Erdogan of “creating chasms inside his own society.”

In the interview, there is no clear evidence that Assad is actually planning to leave power, on the contrary everything hints that the intervention of Russia has emboldened him and could be advantageous to his forces.