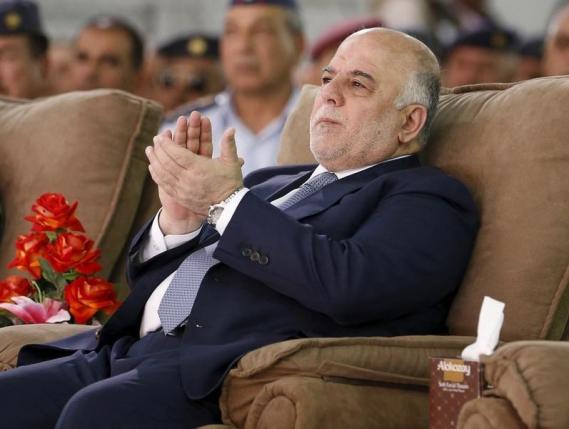 Iraq’s Prime Minister Haider al-Abadi announced the opening of some sectors of the Green Zone in Baghdad on Sunday with many people queuing to pass through the authorized access area after a 12 year close down to the public due to fears of attacks. The area is one of the country’s most secured perimeters and areas beyond its concrete walls have often been referred to as the Red Zone due to the frequency of explosive attacks and killings.

The Green Zone is around 10 square kilometer large and houses government institutions such as the president and the prime minister’s offices, the parliament and foreign missions.

Opening the Green Zone to the public, Abadi said it was a promise made to the Iraqis as he gave assurances that his government will “not relent” on reforms. The prime minister greeted some of the people who came to be among the first to use the public passage.

Making the Green Zone accessible to the public could soften the voices of critics accusing the government of sheltering itself within the confines of concrete walls away from the violent and harsh realities that the population is facing.

However, not all the sectors will be accessible to the public. Interior Ministry spokesman Brigadier General Saad Maan said “army special forces in coordination with Baghdad’s security operation will make sure security will be maintained to prevent any terrorist attacks.”

Suicide bombings and explosive attacks are still frequent in Iraq and a day before the opening of the Green Zone, 18 people were killed in a predominantly Shia neighborhood of Kadhimiya in a suicide car bomb. The Green Zone has not been immune to attacks as it was targeted several times over the past years.