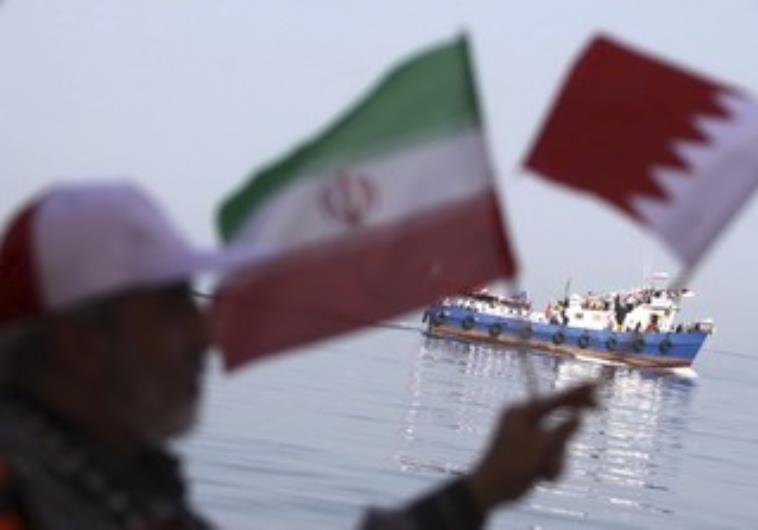 Relations between Bahrain and Iran entered a new era of turmoil after Manama discovered on Wednesday a large cache of weapons and explosives in a reportedly Shia dominated neighborhood and arrested suspects with alleged links to Iraq and Iran.

Manama recalled its ambassador from Tehran on Thursday and declared the Iranian chargé d’affaires, the highest diplomatic envoy in Bahrain, a persona non grata giving him a 72 hour deadline to leave the country.

Bahrain said its security forces discovery in the cache 1.5 tons of C4 explosives, hand grenades, other explosive materials, automatic rifles and pistols. According to the interior ministry, the weapons were hidden in a house in the town of Nuwaidrat, south of the capital while the Foreign ministry said in a statement posted on its website that Iran has been “supporting subversion, terrorism and incitement to violence through misleading media campaigns as well as assistance to terrorist groups in the smuggling of weapons and explosives, training of these groups members and harboring fugitives from justice.”

The majority of the population in Bahrain are Shias and they have been staging protest movements for years claiming more political freedom and rights against the Sunni minority government. Iran has often been accused of supporting the protests but Tehran has always refuted such allegations.

The Bahraini foreign ministry denounced Iran’s continued meddling in the affairs of Bahrain and its constant support to terror groups in the Kingdom, in a bid, it said “to create sectarian strife and to impose its hegemony on the country. Tehran is yet to react to the latest allegations.

In August, Bahrain arrested five people suspected of links with Iran in connection with a bombing that killed two policemen in the island state.

The new tension between Bahrain and Iran sparked only a couple of days after the Qatari foreign minister Khaled al-Attiyah called for an earnest dialog between the Gulf States and Iran.

A serious dialogue with Iran that would discuss all issues without exception could lead to normal relations between neighbors, the Qatari official said in comments on Iran’s “over exaggerated” reaction to the Mina stampede in Saudi Arabia.

In view of the situation, such a dialog will not take place any time soon.