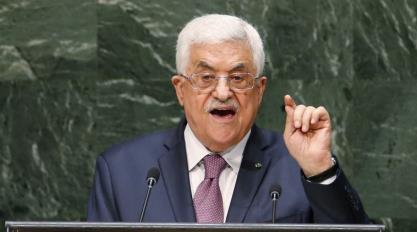 Palestinian President Mahmoud Abbas has deemed the Oslo accords no longer relevant due to Israel’s failure to honor its political and security commitments.

Speaking on the third day of the UN General Assembly annual debates, President Abbas said Israel must now shoulder its responsibilities as occupying power due to its continual violations of the 20-year-old peace and security agreements.

“They leave us no choice but to insist that we will not remain the only ones committed to the implementation of these agreements, while Israel continuously violates them,” he stressed, referring to the Oslo accords which were expected to lead to the establishment of an independent Palestinian state alongside Israel, with interim terms governing security and economic cooperation.

“My hands remain outstretched for the just peace that will guarantee my people’s fights, freedom and human dignity. I say to our neighbors, the Israeli people, that peace is in your interest, in our interest, and in the interest of our future generations,” said the Palestinian leader.

“I hope that you will consider the dangerous reality on the ground and look to the future and accept for the Palestinian people what you accept for yourselves. Then, you will find that the achievement of peace will be possible, and you will enjoy security, safety, peace and stability”, added President Abbas, noting that the Israeli government “is working extremely hard to destroy the two-State solution that we are seeking on the basis of the resolutions of international legitimacy”.