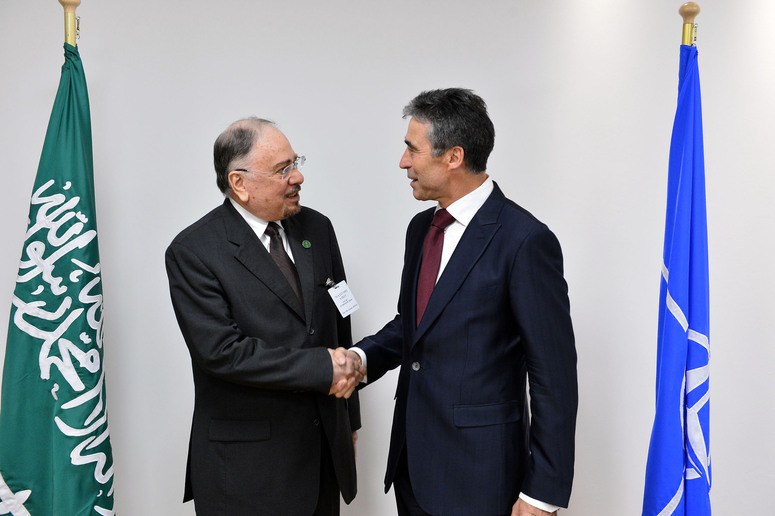 Russia’s entrance into the Syrian conflict is seriously raising eye brows in the Western camp plus their Gulf allies who have been vehemently pushing for a removal of Assad.

Saudi Arabia’s permanent ambassador to the UN, Abdullah Al-Mouallimi accused Russia of bombing wrong targets as scores of civilians have been reported dead in the Russian first air-strikes.

“Countries that recently arrived in Syria can’t claim to fight ISIS while supporting the brutal regime of Bashar al-Assad and his terrorist allies from foreign groups like Hezbollah among others,” Mouallimi said.

The Saudi diplomat’s critics were also echoed by the French Defense minister Jean-Yves Le Drian as he was addressing French lawmakers.

“Curiously, they didn’t hit the Islamic State. I will let you draw a certain number of conclusions yourselves,” Le Drian said.

The Obama Administration also indicated that Russian targets do not include ISIL fighters and appear to bolster Assad’s forces positions.

“It does appear they were in areas where there probably were not ISIL forces,” said US Defense Secretary Ash Carter on Wednesday.

The US Defense Department also sounded very cross with Moscow saying that they only received notice from Russia one hour before the start of the strikes. Carter regretted that Moscow did not use official channel to inform the US of its military air operation.

US Secretary of State John Kerry pointed out before the UN Security Council that the US was not against Moscow’s air-strikes against ISIL fighters but if the operation was cover-up to support the Assad regime, then that will irk the US.

Meanwhile Moscow has rejected accusations claiming that 36 civilians have been killed in the operations. Moscow dismissed the accusations saying that they are false and part of an “information war.”

The Russian President Vladimir Putin also said Wednesday that he is coming to the call of Damascus and that Russia was acting in a preventive way to avoid that the ISIL threat edges closer to the Russian borders.

“The only correct way to fight international terrorism…. is to act preemptively, to battle and destroy fighters and terrorists on the territories they have already seized, not to wait for them to come to us,” Putin said.